A Look At Google From a Business Point of View 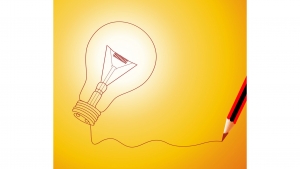 Most of us have grown up with Google over the last decade. For a long time, Google has been recognized as one of the fastest-growing companies on the planet. Much of its growth has been organic, but recently this search giant seems to have had challenges to decide what to do next. Although the company has stretched its businesses across the web, from online search, email, social networking, web-based apps, and smart phone development, Google's revenue is still heavily dependent on search-related advertising.

According to the company's Annual 10-K Report, 96% of its revenue in 2010 came from advertising. A reduction in spending by or loss of advertisers could seriously harm Google's business. Last year, in a news report, The Economist pointed out several threats and weaknesses for Google including competition from social media, Bing, government restriction, and internal bureaucratic structure.

However, FiG thinks there is one big problem that was not discussed--Google needs focus in marketing its products.

Apart from its online search engine, Google seems to have difficulty in deciding which market to target next. Of course consumer adoption increasingly drives corporate decisions on product and service innovation but Google has followed too closely to competitors' footsteps. Witnessing Hotmail's popularity Google started Gmail, noticing Apple's mobile success with the iPhone Google introduced Android, and most recently Google announced they were joining the Social Media "Like" party by adding its new "+1" feature. And there are many many more of this kind of story with Google products.

You may argue that it is wise for a company to follow market trends, and develop new products/services to satisfy new markets or new demands of an existing market. While there is nothing wrong with following market trends Google hasn't done enough to differentiate itself, promote, or market these products. How many people know that they have access to over 50 Google products? How many people use more than 10? How many people realize they are using Google products when there is no "Google" logo in a brand? And how many people are aware that they can create a publicly viewable profile and use it to associate with other social and professional links just like Facebook, Twitter, and LinkedIn? With a potentially powerful self-created mega-media network Google has failed to leverage it against competitors.

This is how FiG sees Google, a brilliantly innovative company that may be too sprawling and ironically lacking in consumer awareness.

More in this category: « How To Measure Advertising Success Unexpected Joy: Coca-Cola's Happiness Truck »
back to top