Ad of the Month-Nando's Dictators 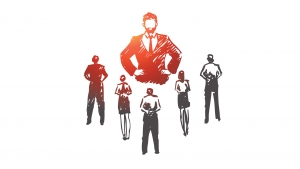 Let's take a look at an ad you might not have seen. The Chicken Chain Nando's gets attention with this South African spot. The ad shows Zimbabwean President Robert Mugabe at an empty dinner table daydreaming about the good old days he's had with former dictators. We're not talking about state dinners and UN meetings as he flashes back to an AK-47 water gun fight with Muammar Gaddafi and recreates a scene from Titanic with Idi Amin among others including Suddam Hussein and Mao Zedong.

Nando's is looking to gain a few smiles while saying that no one should have to eat alone during this time of the year. Their tactical use of satirical communication lines up with their brand image of being fun and creative. They do a great job of using humor while still being able to get across an important message: their food is meant to be shared. To bring it all together they offer up a six-pack chicken special encouraging you to eat up with some friends.

If Nando's was looking to get some attention, then they have done just that. A Zimbabwean military youth group has asked for an apology and that the ad be removed. This “Last Dictator Standing” ad has been subsequently redacted from air, but it can still be found in various locations and discussions online. Despite upsetting this group of people, it's a safe bet that Mugabe Loyalists were not Nando's target audience for this advertisement. Like they always say, “there is no such thing as bad publicity.”

The controversy has created a lot of conversation around their restaurant which is precisely what they were looking for. Last year they parodied local cellphone providers which gained publicity and led to increasing sales. They wanted to piggyback off of this strategy with another offering that would generate the same type of buzz. Nando's new ad has been successful in that respect as people continue to talk about it, despite being stricken from the air.

To help further the conversation, Nando's is also running a competition that gives three people the chance to win a meal for them and five friends. All contestants have to do is tweet who their dream dinner guests would be (dead or alive) and the winners will have a chef come cook in their home. It's easy to see why Nando's would use such a promotion since it coincides perfectly with their strategy of increasing discussion around their brand. This is a great example of how conjoined promotions can lead to an increase in brand awareness and word of mouth.

See an ad that rivals our Ad of the Month? Post it below and let us know why.