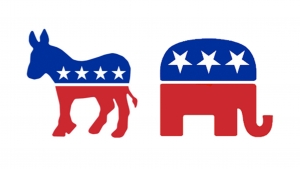 The election is over and so are the political ads,  and while I'm confident the ads are not missed, we are going to talk about them one last time. The results are in, and it's time to see how the candidates stand when it comes to advertising, spending and social media.

It was estimated that $1.1 billion would be spent on political ads for the 2012 election, with the Republicans spending more than the Democrats, and the estimate for actual spend is not far behind. That is quite a sum, with both candidates spending in the $400 million range: 91% of Romney's budget spent on negative ads, with Obama not far behind at 85%, only slightly more positive.

So who actually is affected by all these ads? Fewer and fewer people each year. But in the last few elections, it has been that small margin who have had the greatest effect on the election. So, for the candidates, the increased spending to hit the decreased margin of voters might just be worth it.

The execution of the political campaigns was extremely important. Obama knew he would be outspent so he fought back strategically. The economy favored Romney, who focused on reaching women with campaign themes of jobs and the nations debt, but the demographic favored Obama, who used this strategically.  Targeting his audience to include women, blue-collar, youth, and Latinos, and choosing the best programming platforms to reach those audiences, Obama's campaign produced 9 ads focused on abortion and 38 unique ads in Spanish. At this point, Romney ceased to compare to this with only 18 Spanish ads which were merely dubs of English ones.

Obama also began playing ads earlier, defining Romney before he had a chance himself, and pushing a more cohesive message throughout. He took advantage of pricing for candidates where Romney did not.

Not to mention the late pushes and overflow of ads if you were in a swing state...

If all the advertisements didn't get you, the social media did.  The Presidential election all but hijacked the Twitter chart, hogging six of the top 10 spots. This infographic is just one example of the candidates social reach.

Both parties used offline publicly available data on voters to help segment their online messaging and use real time insights to make decisions on the fly.

Obama ultimately won the advertising battle, regardless of being outspent. He made the most of their advertising arsenal with timing, pricing, effective messaging and programming platforms. Add to that the effectiveness of his social media success. Quality ultimately mattered more than dollars spent.