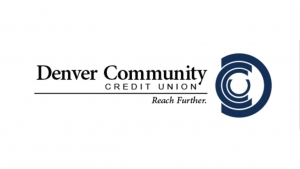 As you may recall, FiG has been working with Denver Community Credit Union for the past year, first on a website redesign followed by a re-brand.

The relationship has continued through an Agency Retainer and a few months ago FiG was chosen as the credit union’s Media Buying Agency, the focus of which has been on a number of radio advertising campaigns.

The latest radio campaign aimed to promote Home Equity Line of Credit, or HELOCs, and had a very specific target audience within Denver, Adams, and Arapahoe counties.  Ads were created and played on five various radio stations with the intent of reaching a broader audience within those counties.  In order to track the conversion rate and which station individuals heard the ad on, each ad contained a different phone number and URL.  From there we were able to see which landing pages received the most traffic and which phone numbers received the most calls.

Traffic to the landing pages was high-quality given the campaign was very geographically targeted.  The ads had specific and limited calls to action, drawing only those who were actively interested in the product.  The landing pages seemed to convert at a high rate:

Overall, given how specific the message was, this campaign successfully hit and drew in the target audience.  Through landing page and phone tracking, FiG was able to see conversion and Denver Community Credit Union was able to follow up with interested individuals in order to guide them through the approval process for a HELOC.


If you think you could benefit from an advertising campaign, whether radio, print ad, or other media, contact FiG to learn more about how we can help!