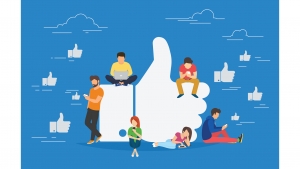 Facebook has alerted social marketers that they will begin to see a drop in the organic reach of their Page posts on the social network.  Almost two years ago, the company stated that Page posts organically reached 16 percent of followers, however, this reach will now be down to as little as 1 or 2 percent.

To put that into perspective, if you have 1,000 Facebook Page likes, only 10-20 of those people will see your post.  Unless, of course, you want to pay for them.

This is not the first time Facebook has made changes to cutting organic reach, which has previously happened from tweaks to the networks algorithm.  For example, posts with an image now have a higher probability of being seen as opposed to posts that are purely text, which is also part of the recent newsfeed redesign.  This latest adjustment and drop in organic search is also a factor of new variations in the algorithm with the ultimate goal of getting more paid advertisements.

Facebook is not the only social network growing in this direction, as the era of free social media broadcasting is ending in general.  As more businesses join the service, the more competition there is and part of the push for paid advertising is to maintain a relevant experience for users.  If brands want to be seen, they will have to pay and just like any other paid form of advertising, there will likely be more thought and strategy put into the content being created and posted making it higher quality content.

Facebook is still more inexpensive than many other forms of paid advertising and if used as a piece of a marketing mix or multichannel strategy, it has the potential to grow engagement and own the digital conversation.

What do you think about Facebook's changes?  Do you see yourself continuing to use Facebook as part of your marketing strategy?  We would love to hear from you!