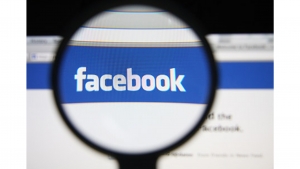 There's no doubt that Facebook page reach has been dwindling. In April of 2012, Facebook themselves said that business pages reached only 16% of their audiences on average.

Recently, a study revealed that Facebook page organic reach went from an average of 12.05% in October, 2013 to 6.15% in February, 2014. Facebook stated that a “lack of space in the newsfeed” was the reason for the decline in reach. Soon there will be no reach left for organic posts at all.

This transition is bad news for companies who have spent the past several years collecting Facebook followers, unless they’re willing to start spending ad dollars to reach their audience. The worst part is that this applies to all pages! Whether you’re a huge company with millions of likes, an organization or a local non-profit, this decline in organic reach will affect you.

At this point you’re asking, should my company even use Facebook? Is it even worth it? Do the thousands of fans we've acquired even matter now? With a measly 1 or 2% reach, it is hard to justify spending time posting on Facebook!

Your followers still matter if you plan to spend money to reach them. After years of using Facebook for free promotion, this may seem unfair, but Facebook needs to make money. While you may not be too keen on spending money with Facebook, more engaging posts will still lead to a larger reach (when people share, like or comment on your posts, Facebook will see this as a post of interest and allow it to come up in more people’s feeds).

Facebook’s organic reach is almost zilch. Facebook has been going in this direction and it seems inevitable that paid posts will be the norm for companies. It seems unfair that businesses who have invested time and money acquiring followers will no longer be able to reach that audience, but even with a small budget, companies can turn this bad news into opportunity. With targeted ad campaigns, great content, and even a small amount of cash, companies can reach their current fans and more on Facebook.

It’s hard for some businesses to pay their employees, let alone advertise, so if you think about spending money with Facebook as an investment in your company’s brand, it may just look different. How important is it for your brand to engage with followers on Facebook? How damaging would it be or what opportunities would be missed if your company didn’t engage though Facebook?

We (FiG) have clients that spend very little on social marketing, but we also have clients that spend a large portion of their overall budget on social marketing. In both scenarios, we always do our best to get the most out of the budget, big or small, and we always get desired results. So, even though it’s a sad day when a huge social network like Facebook takes away all the free organic reach opportunity, at the end of the day, it’s really just about changing up marketing strategy and doing what makes the most sense for your business.


If you're interested in having your business' social marketing efforts reevaluated, please feel free to contact us.