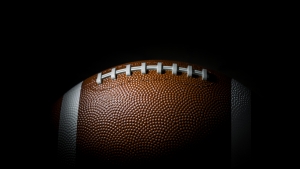 On Super Bowl Sunday, the commercials matter almost as much as the game (if not more). And this year, despite all the craziness of COVID-19, they delivered. Though there were some big-name brands that didn't partake—such as Budwiser, who chose to donate the millions of dollars it would've spent on an ad to raising awareness about COVID-19 vaccines—many others still participated. This year, CBS charged approximately $5.5 million for a 30-second spot. That price tag was slightly less than previous years, but still a significant amount of money for any brand. As a top marketing company in Denver, we're breaking down five of our favorite Super Bowl ads from this year’s game.

“That '70s Show” costars (and real-life married couple Ashton Kutcher and Mila Kunis) reunited for this year's Cheetos' Super Bowl commercial. In this hilarious and light-hearted ad, Mila won't admit she's been snacking on Ashton's Cheetos while the hit song “Wasn’t Me” plays in the background. The song’s artist, Shaggy, even made a cameo, complete with a mini-performance of his memorable song.

Honestly, Mila, we can relate. We too have eaten the snacks of our roommates, spouses, or friends when we shouldn’t have.

Similar to years past, State Farm's 2021 Super Bowl ad was star-studded. In the spot, NFL star quarterback Patrick Mahomes and Aaron Rodgers discuss their commercial-shoot stand-ins as Pual Rudd makes a hilarious cameo. Then Drake shows up and introduces himself as "Drake from State Farm." It's safe to say we've never been so interested in insurance.

Amazon Alexa's 2021 Super Bowl commercial featured PEOPLE Magazine’s "Sexiest Man Alive," Michael B. Jordan, who both voices and embodies Amazon’s virtual assistant: Alexa. In this spot, a woman who's considering purchasing a smart speaker imagines what it'd be like to request favors from Michael B. Jordan. Turns out, it's delightfully distracting.

Country music icon Dolly Parton is featured in Squarespace's 2021 ad, reworking the lyrics of her hit song "9 to 5." In this spot, a young female professional is seen working in her dull and boring office job. 5 o'clock hits, and the office starts coming to life and Dolly starts singing, "Working 5 to 9, you've got passion and a vision." What a great take for freelance web designers.

Bud Light's 60-second ad in this year’s Super Bowl put a sour spin on the year 2020. With hundreds of lemons raining from the sky and ruining weddings, at-home haircuts, and flights, this was one of the best pandemic-inspired spots of the night. COVID-19 has undeniably affected us all in many ways. This commercial revisited the last year's lowest points but kept it light-hearted and funny. It certainly was an effective way to reflect on the tumultuous past year and still inspire us to look towards the possibilities of tomorrow.

While Super Bowl ads are certainly the big leagues and not every business can dish out millions of dollars on one ad, one thing is certain. Impactful advertising not only builds brand awareness, but it also helps you connect with audiences, increase word-of-mouth marketing, and improve sales.

If you're interested in working with a top marketing company in Denver to effectively advertise your brand, reach out to us today at the Real FiG Advertising + Marketing. We specialize in digital and traditional forms of marketing, including SEO, PPC, email marketing, social media marketing, paid media placement, brand development, and web design.