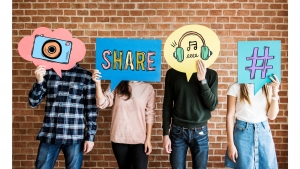 As marketers absorb evolving social media statistics--including 14% growth (33,330,000 people) in the purchase decision-making influence over the past 6 months--it is increasingly clear that social media is going to play a big role in the future of marketing communications.

In this post, we'd like to share recent study results on Denver area business social media usage. The study surveyed businesses in the Denver Metro area with the goal of understanding how they are using social media to grow and promote their business. We also investigated the challenges and concerns when it comes to integrating social media and business.

Overall the results have been encouraging for social media. Here are some key findings: While 96% of respondents have already implemented social media in their marketing activities, only 8% of them actually have a budget for social media related marketing efforts. “With all the discussion and news stories about social media, you would think this would be a big area of investment by now. Social media is still causing a lot of confusion in the marketplace,” says Jim Tsokanos, president of the Americas for MS&L Group. “Even of the companies using social media, almost half believe their company is lagging behind what others are doing. If marketers feel they are behind the curve it’s because they feel overwhelmed by it, don’t get it, or don’t understand how to use it.”

Other reasons that ranked high included product launch and that "competitors are using it". Improving on marketing efforts and understanding the competitive landscape are the primary business uses of social media. Respondents reported that they were using social media for media relations, market research, reaching key influences, and product/service reviews (statistics vary between b2c and b2b companies).

Businesses recognize one of the biggest challenges with Social Media is the inability to make a link to revenue and difficulties encouraging interaction. Reasons for the challenges were usually companies didn't have a specific strategy for social media management. Their time commitment was limited and content consistency problems prevented them from on-going conversations.

Our survey reveals that in the Denver Metro Area, B2B companies have a more formal approach to help staff improve on social media knowledge and experience than B2C companies.  Both B2B and B2C companies realized the potential impact social media could have in the future. When asked what efforts will have the most impact on a company's success in the next year, 26% say Facebook presence and 19% says mobile platform as well as blogger relations.

More in this category: « The Customer is Always Right FiG Advertising and Marketing – Rebranding Agreement with Reimbursement Principles, Inc. »
back to top