How do you Prevent QR Codes From Failing? 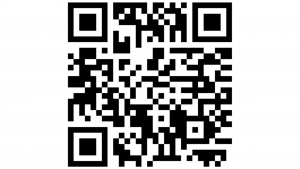 As a follow up to the blog we did three month ago about QR Codes, in today's post, FiG will uncover 3 lessons on how to successfully execute a QR Code campaign.

Lesson #1--Size Matters: The size of the QR Code directly influence the success of a QR Code campaign. To ensure the code works properly, the finished print size of a QR Code should depend on:

For most smartphones, the relationship between the scan distance and the minimum QR Code size is approximately 10:1 ( 1 inch). In other words, if you scan a QR Code from a magazine from 10 inches away, the QR Code has to be bigger than 1 inch. If you try to scan a 5 foot wide QR Codes on a billboard, then you must stand closer than 50 feet.

The size of the dots decreases when the code has to carry more information. When it becomes too small, your camera will have problems capturing the tiny dots. To learn how much data is appropriately stored in a QR Code, check out this article. FiG has a simple solution to the size problem: Shorten the URL before you generate a QR Code. By shortening the URL your QR code also becomes easy to track. The shortened URL will help isolate the conversion of your QR Code from other marketing activities.

Lesson #2--Location, Location, Location: We mentioned at the end of last QR Code post, currently people can only scan a QR Code by using smartphones. If you plan on placing your QR Code campaign on the top of a mountain resort or underground in a subway, chances are the mobile signal is weak and the result won't be good. Since not everyone has a smart phone, always, always provide alternatives to QR Codes.

Another inappropriate environment for QR Codes is when the environment is "moving". Recently I saw a mini van with an ad wrap of QR Codes. As much as I appreciate the innovation, I would recommend marketers to give put more thought into where they're placing their codes. How can people scan your QR Codes when they drive? It's the same reason that QR Codes won't work on a billboard on the highway. People can't capture the code going 60 miles an hour.

Interested to learn how your business could use QR codes? Contact FiG Advertising + Marketing today and we'll show you how QR codes can benefit you!