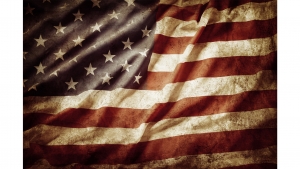 When times are tough and people are anxious there are several ways that those people can be influenced. The country has certainly been going through a down turn in terms of economics and prosperity and people are feeling it. Some want to turn that anxiety into fear and blind rage to take advantage of others for their own ends. Others however want to channel that energy in a positive direction.

It may still be manipulation, and I'll be the first to admit that advertising often plays on emotion, but making people feel hope and strength in the face of adversity, that as a nation we can get out of any mess and improve all our lots is a good thing. If you happen to sell some cars along the way and employ some of the few remaining Americans in the manufacturing sector then all the better.

This brilliant Chrysler ad was released during the Super Bowl and I think it warrants a kudos and some more detailed attention:

I hope you took the two minutes to watch this because from an advertising perspective this is something special. Even if you don't live in Detroit you've heard the stories and probably know someone in your town, maybe even in your circle of friends or family, who has been hit hard by the recession.

Website comments are notorious for vitriol and juvenile insults. What does it say that this ad has been viewed on YouTube 9.2 million times, has 30,000 likes, and less than 1,500 dislikes? It says that this has tapped into the zeitgeist. There is a mutual and communal experience that society can project onto and draw from this ad.

It states that Americans are all in this together, that with hard work and the sweat of our brow we can climb out of any hole, that we as a country may have slipped but we can become number one again. Plus the tag-line "Imported from Detroit" plays off of two ideas with a wink and a nod.

It takes relatively head on the concern that those who know Chrysler is now owned by Fiat (an Italian car company) might have about Chrysler being less American and challenges the recent accepted mindset that foreign cars (Toyota, Honda, Volkswagen, etc...) are now the dominant player in the automotive game. As someone posted on YouTube "wow,﻿ this makes me consider Chryslers for the first time. real passion" What more could you possibly want from your ad.

Let us know your thoughts in the comments section below.

More in this category: « How To Measure Advertising Success A Look At Google From a Business Point of View »
back to top