How Google’s Antitrust Lawsuit Could Impact SEO Marketing in Denver 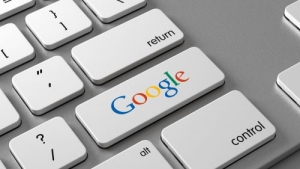 Google is one of the most dominant tech companies in the world. Considered one of the “Big Four” tech giants in the United States, Alphabet—Google’s parent company—is worth more than $1 trillion. And with more than 80% of the market share, it’s safe to say Google dominates the search engine industry. However, the U.S. Justice Department recently filed an antitrust lawsuit against Google that alleges abuse of its dominance over smaller competitors by operating like an illegal monopoly. This recent lawsuit stands to greatly impact SEO marketing in Denver in the near future.

Before we dive into how this lawsuit could impact the future of SEO, let’s recap exactly what this lawsuit alleges.

This lawsuit has been slowly coming to fruition throughout the past year. As you may recall, back in September 2019, the “Big Four” tech giants (Apple, Amazon, Google, and Facebook) were undergoing antitrust investigations. And those lengthy reviews have culminated in this investigation.

According to the suit filed by the Justice Department, Google is harnessing its internet gatekeeper role to grow its already vast business empire, effectively stifling competitors and industry innovation. The Justice Department alleges that exclusionary agreements—such as deals with Apple that make Google the default search engine on iPhones—hurt consumers.

Officials at the Justice Department state that Google is buying special treatment for their search engine on devices and web browsers, which has created a “self-reinforcing cycle” of power abuse.

Experts agree this is only the beginning of what will likely be a lengthy legal battle. And Google has publicly declared that the lawsuit is “deeply flawed.”

"People use Google because they choose to, not because they're forced to, or because they can't find alternatives," the company said. "This lawsuit would do nothing to help consumers. To the contrary, it would artificially prop up lower-quality search alternatives, raise phone prices, and make it harder for people to get the search services they want to use."

What Does This Mean for SEO?

In the short term, this lawsuit doesn’t really have much impact right now. Google will continue to operate as normal and consumers will still see the same search results and ads that they usually do.

In the long term, if the Justice Department’s lawsuit proves to be successful, it could mean more search options on mobile devices at the very least. These new search options will likely have different algorithms than Google and rank content differently, meaning SEO strategies could have to vary widely depending on which search engine a consumer is using.

This suit may also mean marketers and ad agencies will have to adapt to new ways of thinking and writing. Content that performs well on Google could fall flat on another search engine and vice versa.

As a business owner, you may be wondering, “What do I need to do about this?” And to the honest answer is nothing, at least for now. As we said, this lawsuit will likely become a lengthy battle. So for the time being, your SEO marketing goals should remain the same: To use the power of search engines to help you generate leads and land sales.

SEO marketing is an integral part of a successful digital marketing strategy. If you’re interested in learning more about SEO marketing in Denver and working with a top ad agency, reach out to us at FiG Advertising + Marketing.

At FiG, we pride ourselves on staying up-to-date on the latest news in the marketing industry so we can proactively plan effective advertising strategies for our clients. If you want your business to rank well on Google search results, we’re here to help bring that vision to life.

Contact us today to learn more about our SEO capabilities.

More in this category: « Evolving Consumers: How Gen Z is Impacting Denver Marketing Agencies 9 SEO Tips for 2021 From a Digital Agency in Denver »
back to top