Ad of the Month - LG The Slimmest TV 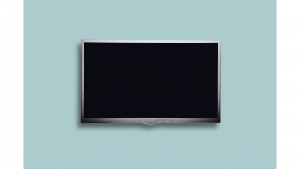 FiG's focus this month is on LG for introducing the world's slimmest TV in such a creative fashion. Instead of developing a traditional advertisement, LG cleverly disguised this promotional video as a Youtube favorite that you would send to your friends.

It clearly paid off since it has received over 4.2 million views and counting.

The video itself is a series of surveillance cameras in an electronics store aptly named “smart thief caught on cam.” The thief is carefully walking through the store staring directly into the cameras from all angles. You begin to suspect something is amiss as he awkwardly walks backwards while maintaining his focus on these cameras. It isn't until he gets outside the store that you see he was carrying a TV the whole time. It all comes to fruition as a poster in the store window conveniently advertises that they sell “The World's Slimmest Television” with the LG logo.

This cunning use of viral marketing immediately engages the viewer and demands that you watch it again. With the average consumer tuning out most advertising, marketers are looking for more creative ways to make sure that they are not ignored. Viral Marketing like this is a perfect way to not only make the viewer want to see your video, but have them potentially pass it along to friends and family.

The term Viral Marketing stems from the idea that your media spreads like a virus. The only difference is that it gets passed on from user to user because they actually want to. This type of Word of Mouth Marketing is a great way to build awareness around your product or brand in a fun an interesting way.

LG was able to do exactly that by developing a brilliant video that has us talking. The top commenter mentions that this is a “genius marketing video” and we agree.

More in this category: « Strategy Behind Dish's Blockbuster Buy Out Anti Smoking Gone Creative »
back to top