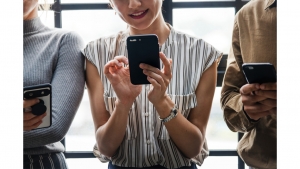 This spring, FiG Advertising partnered up with the National Sales Association to help boost excitement around their National Sales Conference: The Art of Sales, which was held in Denver, June of 2013.

In the previous year leading up to the conference, the National Sales Association had only used their LinkedIn account to help draw excitement around this event and did not see the results they were hoping for.

The National Sales Association came to FiG looking for help to supplement their marketing efforts both to grow awareness and help boost attendance. On both Facebook and Twitter there was low engagement and conversation around this event. FiG took on managing the company's Facebook and Twitter accounts a month prior to the event, in May of 2013. The goal for these two platforms was to help start conversation around the conference, educate the audience on value they would get out of attending the conference, and to reach a potential new audience that would value from attending the event.

As a result, that National Sales Association saw a 30% increase in attendance from the previous year. FiG was also able to increase traffic to their website. The social links provided in a one month effort accounted for 1/3 of the social media referrals to the site for the year since January of 2013. The event registration link via Facebook had the highest click-through year-to-date. The event registration link from Twitter again had the highest click-through rate year-to-date. Within the month of managing both the Facebook and Twitter accounts, the National Sales Association Facebook audience had grown by 7.73% in “likes” and their Twitter account also grew by 5.75% in “followers”. Engaging in social media has proved to be of great value for this event.