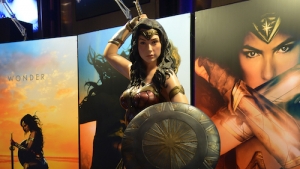 TMany people speculated on the seeming lack of advertising for the Wonder Woman film. There are industry critics who think the film's opening wasn't supported with enough media buys, as compared to similar comic hero films. Some opined that this lack of advertising would contribute to the film's eventual failure.