An Alcohol Ad Above The Rest 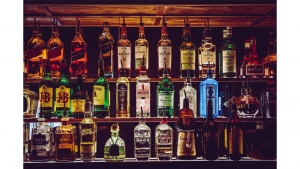 Tullamore Dew Irish Whiskey and New York based agency Opperman Weiss have teamed up to create an all but typical advertisement.

Unlike alcohol ads we usually see centered around sports or a night out which tend to use sex appeal or be dumbed down,  this ad simply tells a well crafted story.

The ad, or short film, opens with four suited men making their way through a grassy field on a rainy day. It assumed they are reminiscing on their way, ending up at a church and cemetery. They toast to a brother and friend, who seems to have passed on, but instead it is revealed he is actually moving on in another way.

Creativity Magazine labeled it “the alcohol ad that all alcohol ads should aspire to” and we just might agree. We’re bummed it’s only running in Europe!

More in this category: « Strategy Behind Dish's Blockbuster Buy Out Patagonia Marketing - Crazy or Genius? »
back to top