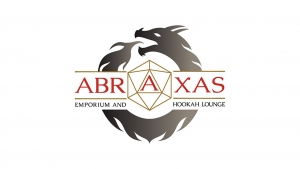 If you recall in July we announced our new client: Abraxas Emporium & Hookah Lounge — a new hookah lounge opening up in the Denver area that will cater to geeks and gamers 18+.

Our first duty for Abraxas was to come up with their logo design, and after much research and many internal brainstorming sessions, we landed on a logo that both the client and FiG are very pleased with -- this is the story:

The Abraxas team initially approached us with some basic ideas that touched on concepts of folklore, ideas of social eloquence, and perceptions of “geek culture”.  FiG then came back with 5 written concepts of possible logo directions.

Game Board - A representation of a game board or game pieces using historically recognizable objects to relay to the customer that Abraxas is a place to come and play games; a place to have fun.

Royalty - Expressing eloquence and refinement through the use of noble imagery to convey that Abraxas is a place of class – where people come to surround themselves with intellectual aristocracy.

Persian - Showcasing an ancient Persian atmosphere – cultivating wonderment through the use of eastern culture.

Stained Glass - Medieval times deliberated through the use of the iconic old world media, stained glass. Customers are drawn in by the culture of middle ages.

Victorian - A classical Victorian presence mixed with Gothic revival architecture to signify this ceremonious era. Customers are taken aback by the cryptic nature of the 19th century, but also feel dignified by the wealth, class, and beauty of this epoch.

Out of these 6 concepts, Abraxas’ favorite was “Game Board”. With this in mind, and with the additional note from Abraxas: “We’d like to incorporate a dragon”, we began work on the new logo.

To first make sure we covered our bases by including the “game board” element, we developed the following basic logo structure:

This image shows a beginning logo concept to include a die from the game Dungeons & Dragons. The game, and the die (otherwise known as a "d20") is indicative of geek gaming culture.

We then took steps toward including the “dragon” in this model: 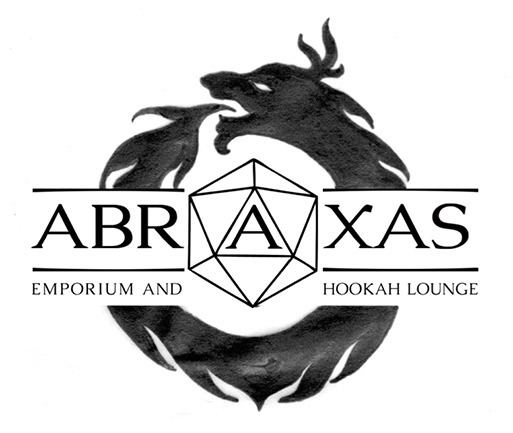 We wanted to make sure that the dragon was special, and that it told a short story. We went with this hand-drawn concept because the dragon's tail, which wraps around the d20, can also be interpreted as it "breathing fire" or "blowing smoke", which helps to convey what Abraxas is: a hookah lounge.

With approval from the Abraxas team, and with some minor edits to the dragon per their instruction, we settled on the final logo concept: 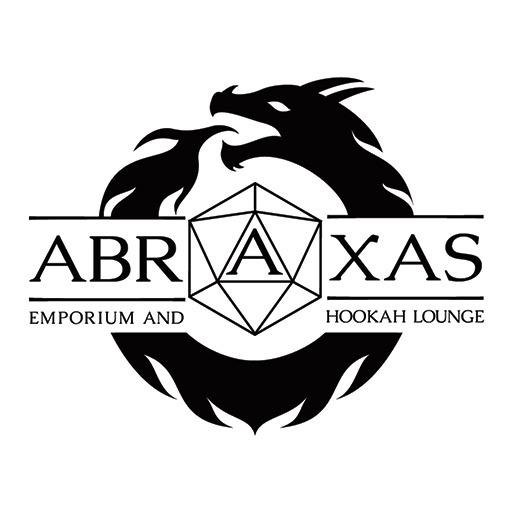 And after a few discussions about color palettes, the final logo was born: 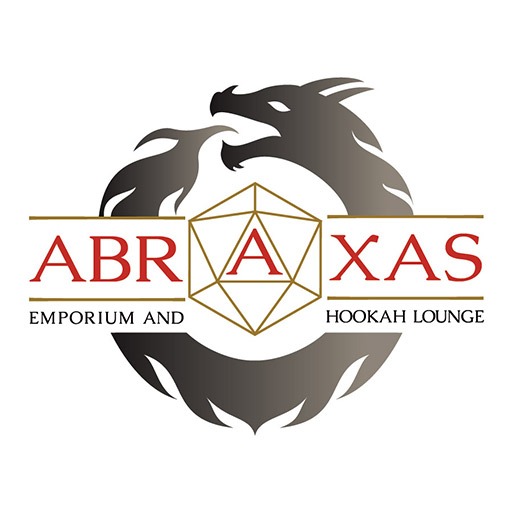 We are happy to have designed this great logo for Abraxas and we are excited to see it come to life in their hookah lounge, and on all of their future marketing collateral.

More in this category: « Anchorman 2: The Power of Large Scale Social Marketing Move Over Millennials: Generation Z »
back to top