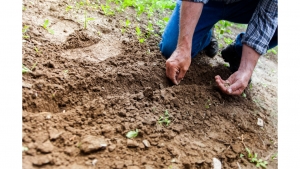 Inhumane farming is no secret, yet that does not make it an easy topic to broach. Chipotle however, is taking on big agriculture and calling for more ethical practices to be brought back.

Last year the company released their short film “Back to the Start” which made a splash, winning them awards in the ad industry.

This year, Chipotle has released a follow up film, “Scarecrow”, which takes us on one scarecrow’s journey from working in Crow Foods, an industrial farm operation, to revitalizing his own farm that he previously left behind.  While the film sends a strong message on its own, it also cross promotes an interactive game which lets players undo the wrongs of Crow Foods, making the world better in return.

Chipotle has said that the idea behind the film and game is less to generate sales and more about using the entertainment as a way to educate people on the issues in food, hoping to facilitate better decision making. The company also has their Cultivate Foundation, which works to support sustainable agriculture, family farming and education.

Each piece of the marketing keeps their message consistent, to “cultivate a better world." Change may not come quickly, but it is encouraging to have a strong message coming from such a well known and liked restaurant. Creating awareness is key and there has already been a growth in the popularity of local and organic foods. We will be sure to keep an eye on the company as they continue to market their message.

More in this category: « Strategy Behind Dish's Blockbuster Buy Out Ad of the Month: Ron Burgundy For Dodge Durango »
back to top