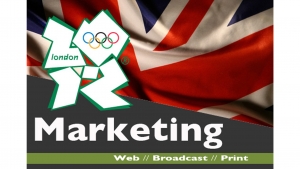 In less than 10 days, the Olympic Games will kick off in London, along with all the big brands' advertisements (actually marketers can't wait to show you a peek)!

Though Olympic Games ads usually do not create the same level of attention as Super Bowl ads in the US, it is one of the most important global marketing opportunities for multi-national brands. Learning from these advertisements and marketing activities will help medium and small companies improve on strategic marketing planning and understanding consumer interaction preference.

The Olympic Games have long been seen as a fantastic opportunity for brands to achieve higher global awareness and special product promotion goals. Not to mention the huge number of viewers and the time that people spend on their media devices, but the lingering effect, the talks, and discussion around the Olympic events also creates global attention for marketers. More than 4 billion international TV viewers are expected to watch the games (July 27 to Aug. 12), and one-quarter of those are likely to view events and get updates on their mobile devices, such as PCs, mobile phones and tablets, according to eMarketer.

As a forecasted trend, most brands will incorporate social media and other marketing plans in media commercials. According to a study by TechBargains.com, 87% of people will participate in social media or text friends about Olympic events.  It is also the first Olympic era that tablets will play a major part in. While TV is predicted as still the dominant platform (94%) for people to watch the games, 46% of people claim they will use mostly laptops, followed by 39% on desktops, 31% on tablets, and 27% on smartphones.

FiG thinks it's not only a game for athletes, but a competition among brands! Maybe in a decade or two, the Olympic Committees should consider medal opportunities for advertisements as well!