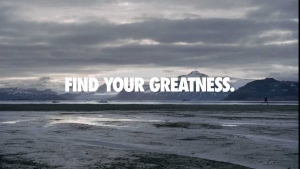 While the London Olympics 2012 have come to a close, the marketing industry is still buzzing about Olympic sponsors and the non-sponsor Olympic advertising campaigns that stole the show. Record breaking social media surrounded the games as well as a host of creative marketing and advertising activities that were fueled by the highly publicized games.

Take Proctor & Gamble, McDonalds and Visa, to name a few. While these companies were official sponsors of the games, it was the non-sponsors are who really caught our eye and among the non-sponsors, Nike took the gold. It was clearly no accident that Nike intended to capitalize on the Olympic games, as they are not first timers. They ran a campaign at the 2008 Beijing games and even back during the 1984 summer games in LA, featuring athletes with the song “I Love LA”. This years ad campaign “Find Your Greatness” is, well, great.

One ad highlights ordinary people participating in a wide range of sporting activities throughout various London named cities' around the globe, not so subtly suggesting the London games as inspiration.

A second ad features an overweight teenager running down a dirt path alone, and while that sounds less than enrapturing, it is the narration in both of the ads that really pulls you in. Describing greatness, the narrator pulls us away from the idea that greatness is reserved for the chosen few and instead gives us inspiration that we too can be great. Both ads end profoundly with “Greatness is wherever somebody is trying to find it” and “Greatness is now more unique to us than breathing. We're all capable of it. All of us.”

While the ads are a brilliant move by Nike, it wasn't their only brilliant move. They took it one step further with the shoes. Neon shoes. Normally, Nike products are worn by a majority of athletes and shoes are usually matched to the athlete's uniform. Not this year. This year they went bold with a neon green shoe color they call “the Volt”.

It was the easiest way to make a splash and that is exactly what it did. The final piece was that every product that could be seen during the games also available in stores during the games. In this fashion, Nike made it easy for everyone to find their own greatness and share it with the athletes.

So, why is “find your greatness” so great? It successfully made Olympic greatness a tangible event for everyone. Not just the athlete or those who are fortunate enough to be spectators, everyone. Nike used the power of suggestion and told us that you can find your greatness and Nike apparel will help get you there. It worked on us, did it work on you?

If your looking to create you're own brilliant marketing, FiG can help. Contact us to find out more!