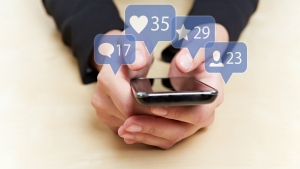 If you are not overly aware of the exact day that Ron Burgundy will grace us with his presence on the big screen, then you probably live under a rock, because the film’s social marketing effort is off the charts.

Paramount Pictures and Zemoga, a digital-focused agency, have teamed up to push the marketing efforts for Anchorman 2 to the next level, using social media as a major marketing tool. The films global campaign encompasses all channels of social media from Twitter, Facebook and Google+, to Tumblr, Youtube and Instagram. That’s not even including the various TV spots and appearances that have been made by Burgundy either.

While some of this is a great example of good content marketing in motion, some is also just taking social marketing to a new level of engagement. Will Ferrell, along with his fellow news team members, Paramount Pictures, and Zemoga have created tons of pieces of content for each of the social networks, including 50 plus videos. Given the global reach of the campaign, and that humor translates differently for different cultures, the team has made specific videos for various counties - an Irish actor received a personal congrats from Burgundy on his leading role in Fifty Shades of Grey, while Australia received some musings about their presidential race.

All content is not self created however, as the team is also relying on fans to keep the conversation and content going. A “Join Ron’s News Crew” competition has bloggers posting video and tweeting with hashtags to designate whose “team” they would like to be on - #TeamRon for anchor, #TeamBrick for meterologist, #TeamChamp for sportscaster, and #TeamBrian for live reporter.

One fan and actual sportscaster, Paul Gerke, made a splash on Halloween when he impersonated Ron Burgundy for his live sportscast and nailed it. The video went viral and brought a lot of attention, leading to Gerke’s participation in “Join Ron’s News Crew.” When people like Gerke create content in response to marketing efforts and that content gets responses, it is a huge win for the brand and marketing campaign. It creates and grows the conversation that is such a major objective of social media but which is missed so often.

With a number of other partnerships and content pieces, we have only brushed the surface of what this film’s marketing team has done. Some believe that this elaborate social media plan will not only impact movie promotion but product marketing as well, with a larger focus on broad reach, longer narratives and more thought behind the content. We are sure that Anchorman 2 will not be the last film to use social in such a big way and it will be interesting to see if other product types take note, implementing a more all-encompassing strategy.

Content Marketing, Social Media Marketing or a combination - what do you think of the Anchorman 2 marketing?

More in this category: « How To Measure Advertising Success Facebook is Cutting Organic Reach »
back to top