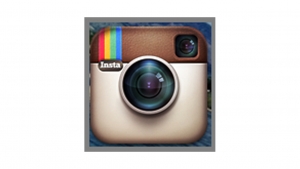 One year after being acquired by Facebook, Instagram is getting the ad treatment. Like most other social networks, companies are flooding users feeds with ads, or “sponsored” posts and tweets, and now we will have sponsored photos.

For some brands the question remains, what is the benefit of posting a promoted photo?

Well, after the first sponsored Instagram photo from Michael Kors launched November 1st, brands might be interested in the results. The ad photo was displayed to a network of users who were not already following the company. It displayed in the users picture stream, appearing in the same format as any other image normally appears.  Although the initial ad was met with mixed reviews, including a number of negative comments, the metrics show an apparent success.

According to Nitrogram, the photo received 217,700 likes in the first 18 hours, which when compared to the average 46,000 likes they typically receive, comes out as a 370% increase. Instagram CEO Kevin Systrom spoke at GigaOm Roadmap conference a few days after the initial ad launched, stating that over 5% of impressions on the ad (or ads, as they have run more since November 1st) have led to likes.

Instagram is taking the transition into the ad phase slowly.  They are working with the companies on board to make sure the ads are appealing to users and look like they should be on Instagram.  The brands participating in these ads early were chosen because they were already doing well on Instagram and are committed to producing great content.

It is interesting to hear a company taking such an aware and strategic approach to their advertising.  Instagram wants their community to have a voice, which seems to be something that is not taken into account by all marketers or advertisers.  It becomes more about consumer engagement rather than pushing a message out there.  It creates a two way street, which is only increasing in importance for marketers and advertisers.

If you would like to hear more from Instagram CEO Kevin Systrom on the ads and where the company is heading, take a look at the transcript from the conference or listen to the video.

What do you think about Instagram ads?  Do social ads bother you, or do you even notice they are there?  We'd love to hear your feedback!
Tweet
Tagged under
Download attachments: