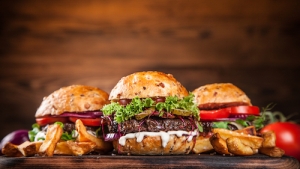 In response to recent stalls in sales, IHOP is launching a new line of burgers. Because burgers are an unexpected addition to the IHOP menu, the breakfast chain needed to generate buzz. Enter: a name change that went viral.

Analyzing the Marketing Behind IHOb

Last week IHOP announced that they would be changing their name on social media and website, as well as on the signage at their flagship location. It was met with skepticism from pancake fans who weren't sure that the burgers could measure up. It was also met with some mocking from other popular restaurants, such as the newly renamed “Pancake King,” formerly known as Burger King.

IHOP's CMO, Brad Haley, said in a statement, “Everyone knows that IHOP makes world-famous pancakes, so we felt like the best way to convince them that we are as serious about our new line of Ultimate Steakburgers as we are about pancakes was to change our name to IHOb.” Despite the criticism, the marketing gimmick was a massive win in its ability to generate such immense chatter and attention for a minor menu change.

IHOP's brand share has seen a marked decrease over the last five years as diet trends are directing people away from the staple breakfast items that made the chain so popular. It was obvious that a big campaign was needed to put the restaurant back on top, but in what direction should it go in?

IHOP's brand share wasn't the only thing declining in popularity, interest in pancakes have also seen a decline. Studies show consumer interest in pancakes has fallen about 20 percent since 2010. This indicated to IHOP marketing strategists that reminding people about what they loved about IHOP in the past likely would not be the most effective course of action.

The IHOP menu has always featured lunch and dinner food. In the past five years, consumer conversations about burgers have doubled. This was the key insight that led to the viral IHOb campaign.

The goal was to incorporate IHOP into the growing conversations about burgers. With the organic attention created by the name change, people were definitely talking about the brand.

IHOP's burger campaign certainly generated conversation, and while not all positive, it got many more people talking about the restaurant that weren't doing so before. The question now is: will these consumers come into their local IHOP for a meal? Be it burgers or pancakes, only time will tell if this campaign helps the chain increase sales.

Interested in generating conversation with your consumers? Contact the pros at FiG Advertising + Marketing today to see how we can take your brand to the next level.

More in this category: « Windex Transforms The Graffiti Scene Ad Of The Month: Outdated Ads Reimagined For International Women’s Day »
back to top