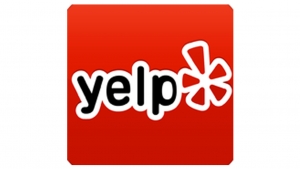 Companies continue to find success with mobile and this time it is Yelp.

Yelp began as an online database to help people connect with great local businesses including everything from mechanics to dentists to restaurants and more.  The company branched out into mobile in 2008 and in the last few months have made some updates including:

Last week the company released its earnings report for the third quarter and the numbers were impressive.  Yelp’s year-over-year in revenue was up 68%. Cumulative reviews, monthly unique visitors and active local business accounts were all up as well.  There was also a high level of search traffic on mobile along with a large number of local ads being shown on mobile devices.

The company says they are seeing 10,000 mobile reviews a day, which is about 25% of all new reviews.  It is important to keep in mind this increase is only based on a few months usage, with iOS users getting the update in August and Android users getting it only a few weeks ago, so there is even more potential for these reviews to go up.

The new mobile review features seems like the right move for Yelp.  It allows individuals to review on the spot rather than waiting until they are at a desktop, and inevitably forgetting or losing the “real time” effect.  For those who can’t imagine typing out an entire review on their mobile device, short snippets or what Yelp calls “Tips” are still an option.

The power of mobile is increasing and this is just the latest example of how companies can take advantage of the continued growth in mobile use.

More in this category: « Marketing In A Fluffy Down Economy Visa Olympic Paid Search Campaign May Be On To Something »
back to top