November Ad Of The Month: Svedka Cursed The Internet 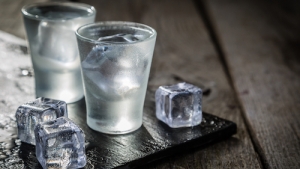 How To Execute A Curse

The campaign begins with an auto-play video that lets viewers know they have been cursed. Following that, the campaign developed by Toronto-based, creative agency Bensimon Bryne, uses retargeting and geotracking to follow users around the web with cursed banner ads. The only way to “break” the curse is by visiting the Svedka homepage where the campaign hub is located and sharing an article - thus starting the cycle over for their friends.

This campaign bases creative content on the information that can be tracked digitally, including time, location and even what users are doing on their mobile device or desktop at the time. The strategy capitalizes on the most detested digital campaign tactics - auto-play videos that cannot be escaped, banner ads that are retargeted and clickbait articles shared across social media. Even those who switch to a private browser cannot escape this taunting campaign. Messages include things like “I heart following around New York,” for the online New Yorkers, “On your phone, calling for help?” for the mobile user, and “I know you like the wrong vodka,” targeted at those who are posting about or searching for other vodka brands. No web user is safe with this creepy new campaign.

The banner ad curse is one of many well-executed Halloween campaigns done for Svedka vodka. Based on the insight that banner ads are overtly invasive - tracking a user’s every online movement and exploiting them for marketing - this campaign brings retargeting to the forefront, rather than ignoring the elephant in the room. Dan Strasser, a creative director on the project, explains that the inspiration for this campaign came from taking something “inherently negative” and turning it into a positive digital experience, specifically a humorous one. Strasser is specifically referencing banner ads, but this campaign plays on more than one factor that contributes to a negative digital experience.

While the goal of retargeting is to encourage consumers to purchase something they might need, based on search history, the strategy still has its kinks. According to a 2016 study, more than 41 percent of consumers feel “annoyed” by ads that appear to be based on their search history or personal data. With this campaign, Svedka is not only starting to break the ice around a topic that seems to be causing a rift between marketers and consumers but also building rapport with their target audience by making light of a hot-button issue.

TrendHunter analyzed the new campaign, marking the consumer engagement at more than three minutes. This is a major win for Svedka, especially considering that the average attention span of an individual online is a mere eight seconds.

If you're ready to amp up your digital presence, contact FiG Advertising + Marketing.

More in this category: « October Ad Of The Month: Burger King Has The "IT" Factor Transparency In Advertising From Big Tobacco »
back to top