How Will Google Glass Change Your Life? 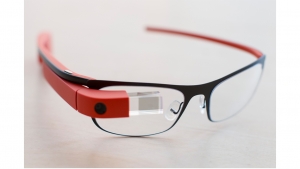 Unlike Apple, who constantly leaves us hanging with rumors of various new products, Google announced last week that their Google Glass is not, in fact, a rumor, but a reality that will be available for consumers by next year.

Since the announcement, the web has been filled with chatter about the product, what it does and what effects it will have, including on advertising. Google Glass itself, will basically be a bluetooth type extension of your smartphone for your eyes, using data from your phone to function. Much like Apple's Siri, Google Glass will offer hands free searching, GPS, photo & video, sharing, sending a message, along with a number of other applications. Instead of using your phone for these things, you will be able to use glass. The visual comes into play as an overlay on the real life surfaces in front of you. 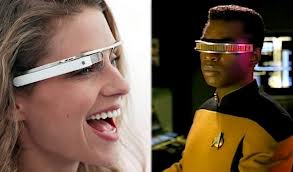 How is Google Glass relevant to the marketing and advertising industry? New technology brings new ways consumers interact with products and services.

This will force companies and their marketing efforts to also adapt in order to reach their target markets. There are a number of ways Google Glass could influence the industry:

Overall, the response to the announcement has been optimistic and positive, with only a few negative comments mixed in, some claiming the product to be too “Star Trekkie” for them. At a cost of $1,500, there is also skepticism about consumer acceptance. It will be interesting to see the response and potential Glass offers for companies on the consumer level once it is out and we can see first hand what it can really do (and perhaps at a lower price). To get a better idea of what Google Glass will be like, check out the video.

More in this category: « Industry News – Responsive Web Design for 2013 GrubHub & Seamless Team Up To Create a Restaurant Takeout Powerhouse »
back to top