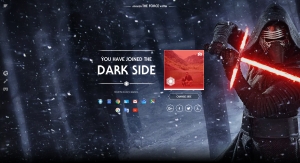 Adweek reported that Star Wars: The Force Awakens shattered all other records when it hit $238 million in North American ticket sales on opening day. As a fan of the Star Wars franchise myself, I look at these numbers and think that it reflects on the quality of the movie itself.

Especially since the most recent trilogy, episodes I-III was a misstep. The story, the characters, and the acting were all follies of the trilogy. Returning back to the basics of great characters and stepping away from CGI has helped to re-invigorate the franchise.

As a marketer, I know that great stories sell products as well as movies, but also attribute these impressive sales to Disney's ingenious marketing push.

Over a year ago, Disney released an eighty-eight-second video teaser. In April, 2015, they lengthened the footage to include more sneak peeks of the story. Finally, the full trailer was made available in October, 2015. This was in addition to the countless TV media buys throughout 2015 that created a build up to the film, that left audiences primed for more.

In the digital space, the Force was even stronger. As expected, content was released at a much faster pace. There were new pieces to the story revealed every day on starwars.com, Facebook, Twitter, Instagram, Tumblr, and Google+. Fans were fully engaged in the content which they demonstrated by sharing, commenting, and liking everything they could.

Of course, Disney also did a considerable amount of partnering with other brands to build the buzz. Here is a collection of our favorite Star Wars ads.

Google: "Awaken the Force Within" - Google invited users to choose between the light and dark side for their Google profiles. Once chosen, all of the user's Google platforms displayed customized Star Wars themes akin to either the light or dark side. I was feeling a little devious, so I indulged in the dark side. 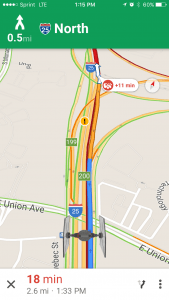 Kraft Mac & Cheese - Kraft took the social media route on Twitter to promote its Star Wars branded mac and cheese with taglines, such as, "Dig into the cheesy side of the Force." And, "Not, so scary when you're a macaroni, are you Vader?" 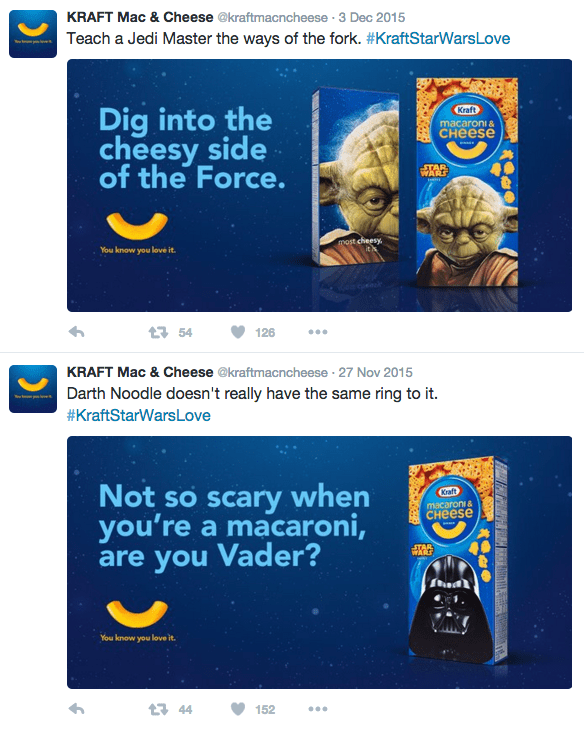 Target: Share the Force - Target collected user-generated content and added them into one cross-generational, emotion-provoking commercial. The ad's success can be attributed to the fact that it currently has more than 450,000 views on YouTube. See for yourself.

Most importantly, Disney remained true to the Star Wars brand through the content they developed for the marketing campaign. And the content distribution was perfectly executed. Story lines built on each other throughout the year to create a snowball effect and more and more conversations took place among fans.

As a marketer, I salute Disney, Google, Kraft, Target, and Star Wars for making marketing fun and engaging again.