Ad of the Month: REI #OptOutside 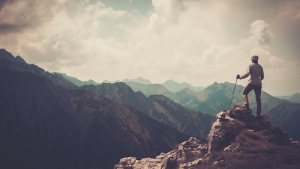 REI is doing something radical this holiday season. They are closing all 143 stores on Black Friday, the biggest retail day of the year.

The most surprising part of this tactic? REI will continue to pay all 12,000 employees and encourage them to play outside.

In order to promote this plan, REI created a hashtag for social media #OptOutside, as well as a website where people can share their outdoor Thanksgiving stories and brand their Facebook profile pictures in support. As an explanation, REI's CEO, Jerry Stritzke stated on the company's site, "For 76 years, our co-op has been dedicated to one thing and one thing only: a life outdoors. We believe that being outside makes our lives better. And Black Friday is the perfect time to remind ourselves of this essential truth." He continued to write that REI employees are, ". . .choosing to opt outside, and want you to come with us."

See more of what Stritzke has to say in the video below:

Stritzke's words and decision reflect a shift in consumer behavior. The National Retail Federation revealed that fewer people shopped over Thanksgiving weekend last year due to early discounts, more online shopping, and a mixed economy. The decrease in sales can also be attributed to a change in the way consumers view Black Friday. The mass shopping day used to be a mecca for deals and competitive ad spending between brands without thought to the consumer experience or how their employees felt. REI's move shows how the consumer-business relationship has changed. Modern shoppers want to be included in the conversation. In essence, consumers shop brands that share their values, which allows them to feel empowered and entrepreneurial.

Specifically, REI's #OptOutside movement is empathetic towards its employees by giving them the day off. Also, the campaign's encouragement to other brands to do the same is commendable in the eyes of the consumer. Plus, the ad illustrates authenticity because it aligns with the company's ideals by telling people to go play outside and consumers will praise that.

On the flip side, modern shoppers also desire convenience and expect almost a 24-hour availability shopping and customer service. REI's decision reflects the opposite by closing down stores. The outdoor company is betting that customers are annoyed enough with the Black Friday shopping frenzy and pressure that this won't matter.

It will be interesting to see the results after Black Friday and if other brands hop on the #OptOutside bandwagon too.

More in this category: « Be there, or not. Your loss Think Social Media Marketing Doesn't Work? Think Again. »
back to top