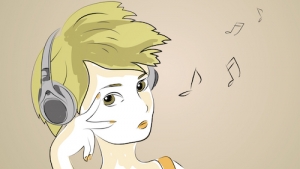 Apple Music employed a social media strategy to gain worldwide exposure for its mobile music platform and playlists as well as a particular song and artist. In a staged video, Taylor Swift trips and falls off a treadmill while listening to an exercise playlist featuring hip-hop artists, Drake and Future’s single, “Jumpman.” Her fall from grace was subsequently shared across social media platforms that resulted in a 431% increase in sales of the song on iTunes globally. This sudden surge in sales of “Jumpman” wasn’t by accident or some spontaneous public desire for rap music. It was a campaign flawlessly executed in social media.

The Taylor vs. Treadmill Video

The video, released on all of Swift’s social media pages, begins with a close-up of Swift on the treadmill putting on her Bluetooth headphones with a voiceover of her saying, “Man, I really hate cardio.” The video then cuts to her searching through a “Running” playlist on her iPhone, selecting #GYMFLOW, then landing on Drake and Future’s single, “Jumpman.” Swift stretches her neck while echoing the opening lyrics as part of her warm up. She then goes on to rap the main lyrics like a boss while running full force. The video shows Swift getting lost in the music only to fall off the treadmill and flat on her face. After her fall, she continues to bust out the lyrics, indicating the song is that good.

Swift’s marketing team initially released the video on her Instagram page noting her clumsy fall was based on a true story. The video achieved instant viral success. Her team then pushed the video out to her Facebook page and Twitter handle. The video has since received 1.5 million likes and has been viewed over 37 million times. The idea of leveraging Taylor Swift’s social media pages to promote another music artist was smart considering she has 73 million followers on Instagram alone. According to Larry Jackson, Apple Music's head of content, “that's bigger than NBC, CBS and Fox and the viewership of prime-time combined." These numbers translate to thousands of iTunes downloads and a 431% spike in sales.

Why the Ad is a Viral Success

The impressive spike in iTunes sales for Drake and Future’s song doesn’t come as a surprise with Taylor Swift’s popularity on social media. Swift’s social media reach means her brand can introduce music to a wide audience that may not normally follow a particular artist. The video itself is effective because we get to see the country-singer-turned-pop-star rapping along hip-hop lyrics that are outside of her expected music genre. Additionally, the video brings us intimately into her world and allows us to relate to how we all get lost in the music while performing everyday tasks. Her epic fall at the end of the video was an entertaining and funny twist that connected audiences with the star’s unpretentious personality. The fact that Swift continued to rap after her fall is also motivating because it sends out the message to have fun, laugh at yourself, and to keep going.

Celebrities hire PR or marketing agencies to handle their social media feeds. What may appear to be random, or spontaneous posts are in fact carefully executed strategic campaigns to bolster the celebrities’ brand or leverage it in service to another product or service.

But leveraging a celeb’s audience can backfire when not done correctly. Social media is immediate, and therefore, its execution must be handled with great care. Acute attention to strategy must be employed, or a brand can get in trouble very quickly. View this epic fail from Total Beauty. While calling out Oprah in a tweet might have seemed like a good way to bring Oprah into their brand conversation, it backfired. I’d bet $100 the strategy of the entire campaign effort was off from the start.

More in this category: « Social Media Generation Gap? 5 Signs That It's Time to Hire a Marketing Agency »
back to top