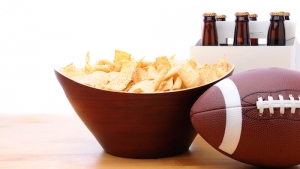 Last Sunday, the Denver Broncos won Super Bowl 50 (pause for celebration). We are from Denver so of course we watched and celebrated the game, but we are still ad geeks at heart. As an advertising agency, we couldn't help ourselves so we watched the ads with the same vigor as the game.

Though there was tough competition this year, Doritos came out on top with their #CrashTheSuperBowl campaign that generated ads from devoted fans.

For the past ten years, Doritos has asked their fans to join in on the advertising fun by drafting their own Doritos commercials. The top three winners’ ads are aired during Super Bowl Sunday and compete for a chance to score a $1 million cash prize. This year, the final year Doritos is producing the contest, the 3 winners were selected from a pool of 50 semifinalists through public voting.

To generate hype for the final contest, Doritos drummed up a video mashup of all of the past winners commercials called, "Graduation (Bold Forever)."

The winner of the 2016 #CrashTheSuperBowl contest was called "Doritos Dogs." The ad featured a group of dogs who were determined not to let their animal stature defeat them from being able to purchase a bag of Doritos.

The runner-up, "Swipe For Doritos" poked fun at the dating app Tinder. In the ad, a handsome gentlemen swipes through various and somewhat nightmarish dates, only to land on someone holding a Doritos bag, even if she isn't his dream girl.

The "Ultrasound," was not the ultimate winner of #CrashTheSuperBowl, but it was certainly a crowd pleaser. It already has over 11,000 retweets and 12,000 likes on Twitter. The commercial is a warning signal for how powerful the craving for Doritos can be, even for babies.

In general, Super Bowl media time runs at about $150,000 per second. With ad spots being so pricey, why not designate the creative to other outlets, such as fans. With fans supplying the creative content, the brand saves money while provoking brand evangelism. With fans selecting the winner, the commercial they most enjoy, market research is also built into the process—another cost savings. In the end, user-generated content is fun and engaging for customer and renders great commercial content. But beware, this tactic isn’t for everyone. When you give your customers’ free reign, they can sometimes take advantage of it.

Coca-Cola recently promoted a GIF maker that allowed people to add feeling on top of a massive GIF created by Coke. The Internet wasted no time in having fun with the GiF's with pokes, such as "I'm into feet" and "let's ruin our phones." Check out Digiday's article to see more.

The lesson is that allowing your fans to create brand content is a great way to invoke brand evangelism, but you have to ensure that there is some kind of approval process so that you can take out any malicious or inappropriate content.

More in this category: « Social Media Generation Gap? Ad of the Month: Taylor Swift Falls for Hip-Hop Artist, Drake »
back to top