Advertising Agencies Battle It Out In Super Bowl 51 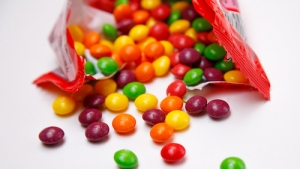 And with 111.3 million people watching, it wasn’t just huge dollars at stake; it was the advertiser’s brand reputation as well.

Humor officially won over viewers during this year’s Super Bowl, according to a recent ad analysis. Live ad testing showed that consumers preferred humorous ads over popularly used “sadvertising” techniques that have been incredibly successful in previous years. Advertising agencies and brands that utilized humor in their advertisements fared better with consumers on an emotional level than those who opted for a more political route. Viewers wanted a reprieve from the stressful nature of recent political events. “Historically speaking, humor always tends to perform extremely well, often better than more serious ads. This year is a little bit different with the social and political climate in the states,” says Kellan Terry, one of Brandwatch’s senior PR data analysts. He says that brands who chose to take a political stance with Super Bowl 51 ads were not erroneous, but, “At the same time other brands would recognize that people would want a relief from the seriousness and the issues that face our country right now.” Here are some stats on how the top two funniest ads from Super Bowl 51 stack up.

Mr. Clean – ‘Cleaner of Your Dreams’

Some loved this ad, and some found it odd, but overall it proved to be a winner. The short thirty-second ad features a woman who is charmed by the animated Mr. Clean, who dances around the house cleaning while wearing a form-fitting white t-shirt and pants to match. Along with the Skittles ‘Romance' ad (discussed below), ‘Cleaner of Your Dreams’ received a 5-star score, which a mere 4% of advertisements receive. Research shows that high-ranking ads usually feature extreme levels of happiness at a maximum intensity. Brandwatch provided additional data on viewer’s reactions by tracking minute-by-minute brand mentions of brands during the game. Social media analysis showed that Mr. Clean had the largest amount of mentions, raking in 11,700 mentions in a single minute. Buick had the next biggest number, with over 7,300 mentions in one minute. In short, these statistics are the ultimate dreams of advertising agencies.

Although many people thought skittles would opt for a politically focused ad, they decided to go the humor route, and it worked.‘Romance’ features a young love-sick boy throwing Skittles at a young woman’s window in order to get her attention. The girl, her grandma, a thief, and a groundhog take turns catching the candies in their mouths. The most successful Super Bowl ads are witty and concise and oftentimes unexpected, such as this ad. Humor is a big win in this Skittles ad.

Both ads ranked highly on the “emotion-into-action” scale, earning a score of over 83%. The scale is based on BrainJuicer’s ad performance data and turns emotional responses into quantitative data which can potentially predict in-market business outcomes. BrainJuicer, a company dedicated to better understanding people’s behaviors through market research, concluded that, “Happiness is the emotion that is the most likely to generate the positive feelings that unconsciously make consumers feel good about a brand, and make it a future instinctive, intuitive purchase choice. Feel nothing, do nothing, feel more buy more.”