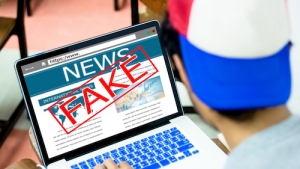 Traditionally, one of the most respected marketing assets to attain is earned media. Stories about your product or service appearing in the mainstream media are valuable because the unpaid endorsements are coming from an unbiased third party.

Not to be confused with an advertorial, the earned media placement is a genuine shout out from a journalist who sees your product or service as worth writing about.

So what happens when fake news becomes a thing, and it diminishes consumers’ trust in the media in general? This year, fake news was one of the main themes at Europe’s Advertising Week . A study conducted in the UK found a significant decrease in trust of mainstream media, which not only hurts the media companies but also potentially damages the brands which advertise through these media giants.

The Consumer’s Growing Mistrust of The Media

While the UK undoubtedly struggles with this problem, it is an even bigger problem in US marketing and advertising practices. Over the past year, 47% of consumers have been concerned that a story they read may be fake, with 75% of those people losing trust in the media source from which the story came. The survey conducted by Network Research was comprised of over 1,000 adults ranging in age from 18 to 74 and proved that general trust in the media declined to 32% of people, with this number increasing to 38% for those in the 18-to-34-year range. For marketers who spend time pitching journalists for earned media placements, this could be very bad news.

In the ever-increasing age of misguided information, advertisers and marketers need to be vigilant in their efforts to combat fake news. You may say that as an advertiser, it’s not really your responsibility; it’s the media outlet’s concern. In essence, it is, but it’s the advertisers who have the leverage to demand investigations. In March, the News Media Association (NMA) suggested “urgent investigation” into Facebook, Google, and other digital advertisers to fight back against fake news. Dominic Carter, chief commercial officer at News UK believes the answer to solving the fake-news crises lies in the relationship between brands and media agencies. Brands must assert social media distributors, such as “the likes of YouTube and Facebook, and the credibility of the source [of the material] their ad is being placed on. It is the responsibility of those people to make sure that doesn’t happen, which [is in their] control.”

Besides asking for media platforms to initiate better fact checking, brands themselves need to have authentic engagement with their audiences. Research conducted by Network Research regarding brand advertising revealed that 77% of those surveyed agreed that familiar brands are a trustworthy source of information, and 77% of people find content created by a familiar brand more trustworthy than information shared by friends on social media (67%). Abby Carvasso, managing director of advertising at Bauer Media says, “Not all content is the same, not all attention is equal either - If you have a deeper brand engagement, you are more likely to get a better recall of that brand message.”

From these studies and statements given by experts in the industry, it is clear that brands and media distributors will have to work hand-in-hand in order to combat fake-news and ultimately increase consumer’s trust in advertising content.

More in this category: « TV advertising and something to grow on
back to top