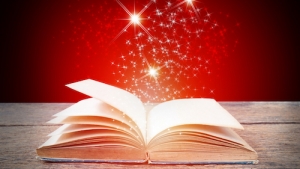 Campaigns that tell a brand story before asking people to make a purchase tend to be more effective than those that encourage people to immediately buy something. The holidays have the ability to capitalize on this storytelling tactic.

Macy’s new holiday web ad, “The Wish Writer” is a recent example of a brand sharing their story. The video emulates the brand's eight-year-old “believe” theme by featuring a little girl who uses a magical pencil to do good deeds for others. Ultimately, the magic allows her to “believe” in the power of good and elevate her in the eyes of others. This story line illustrates that Macy’s is aiming to align themselves above the mediocrity of purely sales-driven ads that seem to be popular in the U.S. this year. (View the video below)

“The Wish Writer” has gained a lot of traction so far. It has about 8 million views on YouTube. AdWeek attributes its viral success to its sentimental appeal. Furthermore, the shares, views, and emotional value all drive brand recall, which is the holy grail to retailers and marketers.

Why is the US missing the boat on emotional story-driven ads?

Given Macy's success with emotional story-driven ads, you would think many other US advertisers would follow suit. Not so. AdWeek reports that U.S. Advertisers lean more on concise call-to-action ads during the holidays. They trust this format for immediate return on their investment, and writing an ad around a story is still difficult for many American marketers to justify. It's understandable considering that without an offer and call-to-action, it's more difficult to track exactly how the ad impacts sales.

Another reason American marketers favor these concise ads during the holidays is that the U.S. has more major events (think Superbowl) than the UK. During these other cultural events, they can try story ads. Budweiser's “Lost Dog” ad during last year's Superbowl garnered more than 1.31 million shares on Youtube. During a holiday shopping frenzy, viewers may not have given the same ad enough of their attention span for the emotional story to resonate.

Also, British advertisers devote more money to ad spending around the holidays. This year CNN Money found that in the U.K. $2.2 billion was spent on TV air time while $3.3 billion was devoted to online advertising. That equates to 70% of ad budgets being spent in the fourth quarter.

This year Sainsbury, a U.K. supermarket chain called on the power of a classic British story to develop a memorable holiday campaign, "Mog's Christmas Calamity." In the ad, Judith Kerr, a children's writer, revived her forgetful cat character, Mog. Mog is an accident-prone cat that always finds himself in a pickle, and the Sainsbury's ad is no exception. In this video, Mog accidentally finds himself destroying his family's kitchen. See for yourself.

Mog's ad is a nod to the Christmas classic "It's a Wonderful Life," because after Mog wreaks havoc, the neighborhood shows up to clean the house and make sure that Mog's family does not have to miss Christmas this year. It's a wonderful story that extends beyond the single commercial. Merchandise, such as Mog plush toys were created, and Kerr also wrote children's books to go along with the Mog ads, which creates opportunities for sales outside of current products.

So, while the U.S. doesn't trust stories to bring customers into their stores during the holidays, many organizations are trending towards using storytelling to gain loyal followers. Think how memorable Budweiser and their Clydesdale ads are.

Brand storytelling is integral to good marketing. The US should take a cue from Macy's and bring more of it into their holiday ads.

More in this category: « Ad of the Month - Samsung Need a New Marketing Hook? Try Joy »
back to top