Ad of the Month - Samsung 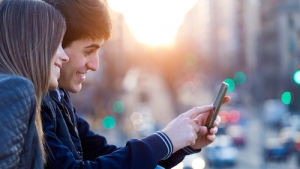 Memorable advertising should be original and creative, with an emotional hook. This month, Samsung has nailed this simple formula with their newest advertisement for their new Galaxy S6.

Ad of the Month: Samsung's #TextsFromMom

Samsung released an ad for the Galaxy S6 called, “#TextsFromMom” which documents the struggle that Millennials have trying to decode the “Mom text.” The ad outlines some of the characteristics of mom texts, and why they happen, which included:

-  They sign off all of their texts with “Love, mom,” because they think we don't know it's them.

-  They don't understand selfies--why we take them or what they are.

-  Hashtags are a lost cause. Don't even try to explain. Just don't.

-  Emoji use is often misguided, but not as badly as hashtags.

-  Autocorrect is their worst enemy.

-  They try to incorporate slang even though they have no idea what it means.

Samsung takes us through the comedy of Mom texts and then ends with, “But the important thing to remember in this is that they try so hard to text us because they care.” The ad may have been inspired by a Jimmy Fallon show back in 2013 in which he asked viewers to tweet their Moms’ best text messages to his show using the hashtag #MomTexts.

Since the Internet has made original ideas more scarce than public phone booths, sourcing your commercial from an old Jimmy Fallon segment isn’t the worst idea ever. Or is it? What do you think?

More in this category: « Top Ads of 2013 Despite 1.3 Million Shares, Emotional Story Ads Still Don't Cut it in US Holiday Market »
back to top