A Fight for Real Beauty 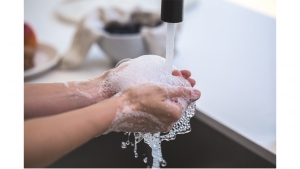 Dove has been in the lead for women's cleansing products from the start when they created the Dove Beauty Bar in 1957. They are positioned as being rooted in and committed to listening to women while building self-esteem and inspiring them to reach their potential.

They do this by producing products that deliver improvement to skin and hair. This commitment has evolved into much more than product marketing. In 2004, Dove launched their Campaign for Real Beauty, aimed at starting a global conversation around the need for a wider definition of beauty. They based the campaign on a global study that reported, at the time, only 2% of women around the world considered themselves beautiful.

Since the campaigns launch, Dove's branding strategy has included marketing campaigns around real beauty and they have worked to change the way women view themselves, aiming to get away from the stereotypes created by the media. Last week their newest campaign launched and was eye opening.

Dove hired an experienced, FBI trained, forensic artist to interview and draw seven women. He drew the women in two ways - how they described themselves and how a stranger described them - and the two drawings were drastically different for each woman.

This sort of ‘experiment’ shows just how distorted women’s self images can be. Seeing how the women react to the two sketches of themselves and how different the stranger’s see them is extraordinary. It is incredibly empowering and immediately makes one think again about how they view themselves. Some argue that this is old news, that everyone is aware of society’s unrealistic view of beauty, but yet for these women, it is not old news. You can see shorter, individual videos of the women here.

It is refreshing to see an effort towards break the mold because it is not something that is widely addressed. Besides Dove, other efforts have been made in Spain and Europe, particularly in the fashion industry and marketing. Spain banned too thin models from their runways in 2006, followed by laws against displaying images of extreme thinness in France in 2008. Today, the percentage of women who consider themselves beautiful is up to 4%, which means there is a long way to go before society's unrealistic expectations are broken.

The campaign has been so popular that it didn’t take long for a spoof to be made from man's point of view (see below). Apparently, they do not have the same self esteem issues, in fact it is quite the opposite...

Looking for a creative way to get your message across to your audience? Contact FiG - a full service creative agency in Denver, Colorado, to find out how we can help you.