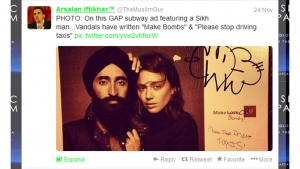 Gap launched its holiday “#makelove” campaign, but no love was given from some...

The campaign, featuring a variety of diverse models, proved we are not yet in a post-racist society. This past Sunday, Nov. 24th, the senior editor of the Islamic Monthly and founder of TheMuslimGuy.com, Arsalan Iftikhar, posted a photo on his Twitter sharing the racism that exists today. The photo was of a vandalized Gap subway ad which featured Sikh actor and jewelry designer Waris Ahluwalia. The image showed “Love” crossed out, changing it to “Make Bombs” and below a message to “stop driving taxis.”

Gap’s response? They tweeted back, asking for the location of the ad and changed their twitter image to the image of Ahluwalia. Iftikhar shared the swift response and some from the Sikh community have begun a “Thank you, Gap” campaign, grateful for the exposure their community has received from this campaign which they would not have been able to achieve themselves. 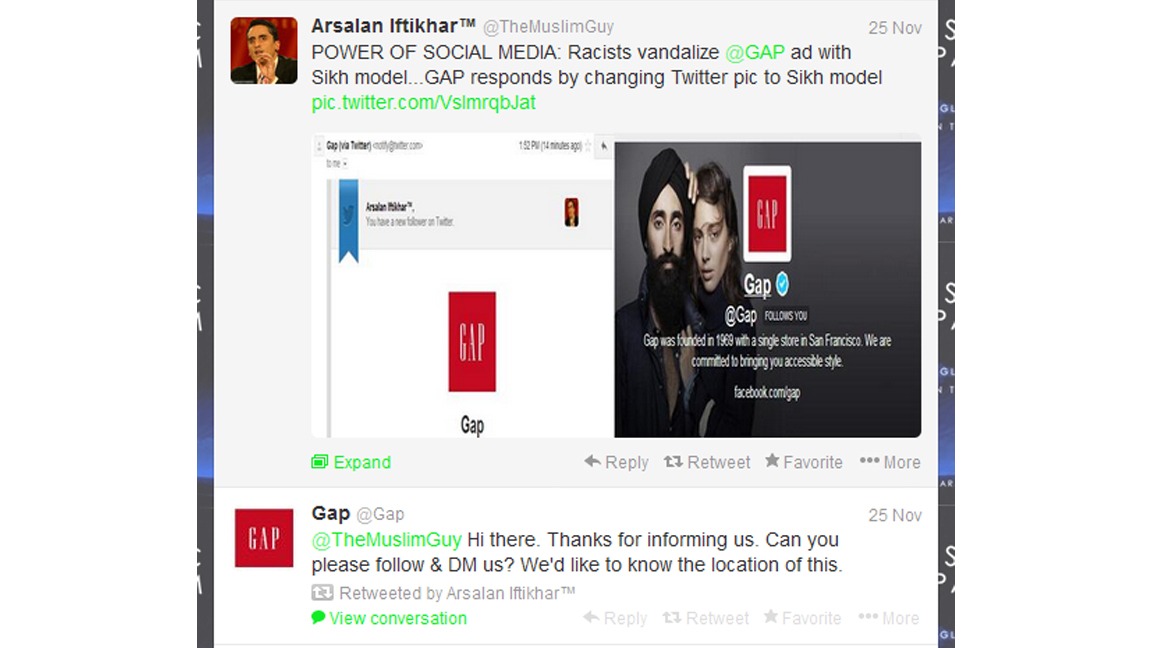 This is a great example of a company listening and acting swiftly. Twitter, along with other social channels, can be such a strong tool when used correctly, and Gap handled this right. We applaud Gap’s campaign and hope they keep up the great work!

More in this category: « Strategy Behind Dish's Blockbuster Buy Out Top Ads of 2013 »
back to top