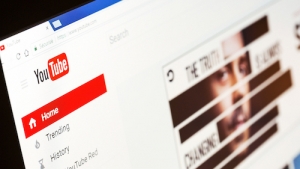 Recently, Google was called out for accidentally placing advertisements beside inappropriate and offensive content. In response, Google has announced its “three-pronged” solution to combatting ad misplacement by focusing more closely on policies, enforcement, and controls.

Matt Brittin, president of business for Google and operations for EMEA, said earlier this week that Google is focusing on how to solve issues regarding ads being positioned beside inappropriate content. The new plan involves reworking existing policies which define what is considered to be “safe” for advertisers by revising definitions of hateful or malicious content, as well as enforcing regulations regarding content removal and giving advertisers more authority over brand safety matters.

Pulling Back From Google Advertising

In light of recent events, Marks & Spencer, HSBC, and Royal Bank of Scotland are just a few companies who have decided to remove their advertisements from Google . An investigation conducted by The Times (UK) revealed that advertisements from these organizations, as well as those from publicly-backed groups such as BBC and Transport for London, were found to have been running next to videos on YouTube which promoted hateful content such as anti-Semitism and the defense of rape apologies. Just weeks earlier, Google had been accused of being one of the many big companies that supported terrorist propaganda as well as pornography on YouTube. As Will Coombe, of Sharpe Digital points out, "Really, it's a PR domino effect. As one company gets in the headlines for pulling their Google Ads, many will and have followed suit."

As a result, advertising’s largest holding groups, including GroupM and Havas, have cautioned Google advertising to implement stricter standards regarding ad content and placement. Havas Group has announced it has halted all budgets which run through YouTube and Google Display Network until it is sure that adequate safeguards have been put into place. “Our position will remain until we are confident in the YouTube platform and Google Display Network’s ability to deliver the standards we and our clients expect,” says Paul Frampton, Havas’ chief executive and country manager.

Although Matt Brittin apologized on behalf of Google advertising, he stated the severity of the matter was relatively low, implying that not many people had seen the ads at all. Without a doubt, the company faces a variety of issues regarding its ad content placement. Only time will tell if the company’s new strategies to combat misplaced ads will be effective in the long run.

More in this category: « Visa Olympic Paid Search Campaign May Be On To Something Media Buys & The Wonder Woman Ad Campaign »
back to top