Ad of the Month: Geico's "Lemonade, Not Ice T" 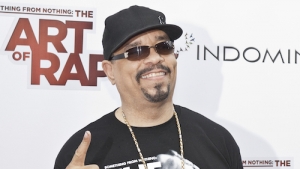 You’re in for a “punny” surprise with September’s Ad of the Month. Geico started a commercial series called, “It’s Not Surprising,” this month with the Martin Agency. We found the series to be cheesy, but attention grabbing.

We really love the commercial spot with actor and rapper, Ice-T, at a neighborhood lemonade stand. The core of the “It’s Not Surprising” campaign is that people may find these scenarios unusual, but it’s no surprise when customers save on auto insurance with Geico.

The commercial begins with two boys who have set up a lemonade stand on their lawn. A few adult neighbors walk by and ask, “Is that iced tea?” The kids respond, “Nope, it’s lemonade!” The last woman asks the same question, but this time, Rapper Ice-T is shown chilling behind the lemonade stand in a lawn chair and answers with, “What’s with these people, man? It’s lemonade!” The voice over comes on with, “Ice-T at a lemonade stand? Surprising. What’s not surprising is how much money Marin saved by switching to Geico.” Hysterically, in the end, it shows the lemonade scene again. This time, a minivan drives by honking and yelling, “Yo, Ice -T!” Ice-T then corrects them again that it is, in fact, a lemonade stand.

Ice-T is famous for his detective role, Odafin Tutuola, in Law and Order: Special Victims Unit since the year 2000. Law and Order: Special Victims Unit is now on their 18th season premiering this September. Tracy Lauren Marrow, Ice-T’s real name, was a known rapper in the 80s. His well-known albums were Rhyme Pays and Power. Also, his album, O.G. Original Gangster was said to have helped define the genre of gangster rap.

Why the Ad Works

The spot is 30 secs. It takes a few seconds for the setup and a few more to relate it to the brand. It’s short and to the point, and snags your attention with light humor. It also repeats the brand mantra of switch to Geico and you’ll save 15% or more on your car insurance. Throwing in Ice-T at a lemonade stand was a curveball that scores a home run. Ice-T has a unique personality that makes the segment that much better and that much “punnier.”

After the advertisement, Geico released behind-the-scenes footage with Ice-T. They also did a follow-up called, “The Art of the Squeeze,” with Ice-T sharing how to run a lemonade stand properly.

If you need help making your advertising and marketing campaigns more effective, contact FiG today. Stay tuned for next month’s Ad of the Month.

More in this category: « Advertisement of the Month: Gatorade’s Never Lose the Love FiG’s Top 5 Ads of 2016 »
back to top