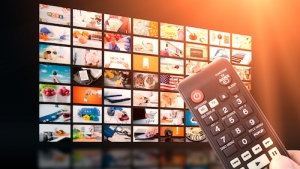 When you're looking for a Denver advertising agency or Denver-based marketing firm, we'll be the first to tell you that creating relevant advertising is no small effort. We have great respect for the advertising agencies around the globe who do it well. Here are our five favorite ads of 2016, collected from around the world.

In their inspiring ad campaign for the year, Lockheed Martin equipped a school bus with virtual reality technology in order to give the kids a realistic feeling of what it would be like to roam around the surface of Mars. As the bus moves, the kids can look out the windows and “experience” Mars around them. Lockheed Martin designed this ad to grow its recognition in the space innovation field. Since its launch, over 13,000 children have ridden on the interactive bus, and the company says that its education program has reached approximately 1.1 million students.

OK GO and Morton Salt - “The One Moment”

Morton Salt partnered with Ogilvy & Mather as well as indie band “OK Go” to produce an ad that showed the “endurance and unstoppable spirit” of the brand’s symbol, the young girl with an umbrella in the rain. The song, titled “The One Moment” represents the times in life that are worth celebrating. Damian Kulash, the band’s main singer and the director of this video believes, “The song ‘The One Moment’ is about those moments in life when you are most alive, the moments that truly matter, the moments when everything changes.” The video also ties in Morton’s Walk Her Walk campaign, showcasing the message that “It only takes one moment to make a difference.”

Rarely does a makeup advertisement succeed in being genuine and real, but Shiseido’s ad, High School Girl does just that. In this subtle but poignant ad, typical gender roles are reversed with the help from Shiseido’s cosmetics and a makeup crew. By tackling the larger issues such as gender roles in Japanese society and Asian stereotypes, the ad demonstrates the tagline “anyone can be cute.” In the process, it turns traditional expectations upside-down. If you watch the ad again, you can appreciate the subtle nature of Shiseido’s ad. For example, the opening scene shows a teacher holding a picture of a girl drawn on a piece of paper; at the end of the ad, the picture is turned upside down, proving how easily we can be fooled once we see something and assume we know what it really is.

Under Armour & Michael Phelps – “Rule Yourself”

One of the most shared ads of 2016, Under Armour’s ad featuring Michael Phelps, was emotionally extraordinary. Undoubtedly Under Armour is able to communicate its message to a target audience of millennium men. However, the dramatic effect of this ad is unforgettable among all viewers. The ad focuses on Phelps’ hard work and determination as an Olympic athlete and transforms it into an inspiring clip about what it means to be a real winner. The ad is highly successful in reaching its target audience of millennial men; over 47 percent of viewers stated they felt a sense of inspiration while watching Phelps train, and 68 percent of male millennial viewers agreed. According to Unruly, a digital advertising company, producing emotions like happiness and surprise in commercials is key in engaging millennial viewers. 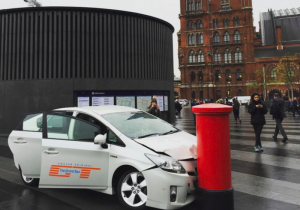 The ads that promoted the new car show, The Grand Tour, featured various wrecked and mangled Priuses in popular urban areas. The Grand Tour is a show hosted by the stars of TopGear, Clarkson, Hammond, and May) The show, The Grand Tour, placed the cars in Germany, the U.S., and the U.K., considered by many to be the best use of such an underwhelming vehicle. An incredibly successful example of guerrilla marketing, The Grand Tour 's Prius advertisement is Fig's 2016 Ad of the Year.

Is it time to talk about your advertising? Contact us to discuss your campaign ideas.

More in this category: « Ad of the Month: Geico's "Lemonade, Not Ice T" Digital Marketing: Nordstrom Targets Millennials Via New Tactics »
back to top