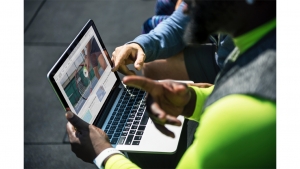 There is no denying that television advertisements have been and still are successful. However, according to a recent survey by digital video advertising agency BrightRoll, a new form of video advertising is taking the lead.

In their March 2013 survey, BrightRoll found that the majority of respondents at 75% felt online video ads were as effective as television ads, if not more. According to nearly half of respondents at 45%, the value of a digital or online video comes from targeting capabilities. Reach comes in second at 27% and the price relative to TV is also a factor, coming in third at 10%. From 2012 to 2013, video has seen a lot of growth and it does not look as if it will slow down, as more and more companies are leaning towards it, yielding an expected 25% growth in media spending for online videos.

Recently, FiG has been working with online video as well, assisting our clients Amazing Moves and CRMCulture in creation and production of marketing videos.

In year three of their new logo, collateral and website, Amazing Moves Moving and Storage was looking for a next step in their marketing efforts. Previously FiG had assisted with radio ads, but this time it was decided to move in the direction of an online video marketing series on packing and moving. The series is broken up into 8 short videos with tips and advice for your move, including:

The videos were released over a 6 month period and shared via social media. They now live on both an Amazing Moves YouTube channel as well as the company website.

Over just the past four months, as the videos have been released and placed online, the videos have had a total of 800 views with 42% coming from YouTube viewers, 30% from other websites and 27% from mobile device views. While these videos are not advertisements, they are a great example of the reach and marketing potential a company can gain from using this form of media.

FiG also completed a video project for CRMCulture, a company that builds functionality and features to enhance the Pivotal CRM or Content Management System. They came to FiG in need of a wow factor for their annual conference - a video that demonstrated the awesome features they have to offer with their Productivity Pack product and just how much they can make a difference in daily CRM activity. To do this, FiG created a short teaser video, showing off some of the highlighted features one can get with the Productivity Pack and tempting the viewer to find out more.

CRMCulture attended the conference just a few weeks ago. The teaser video was shown at the beginning of a longer presentation, playing a small ad role and getting the audience interested. The Productivity Pack video is also available on the CRMCulture website for additional viewing and marketing use.

Again, while this was not purely an advertisement, when it comes to the online and digital video growth that has been and will be continued to see throughout the coming year, it is another effective example of the marketing potential these videos have to offer.


Contact FiG to see how we can help you with your digital and online marketing needs!

More in this category: « FIG Advertising and Fight to Win Fall River Gets Mobile-Optimized Website »
back to top