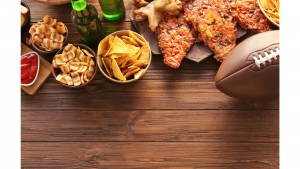 Why did FiG wait so long to discuss the Super Bowl commercials? Well, we were trying to be considerate and wait until you were sober. Now quit asking so many questions!

It's no wonder that you're able to find Super Bowl marketing/ad/commercial posts everywhere online. If you want to watch all of them, go here. But, right now FiG offers you another angle to assess the ads, from a social effect point of view.

I guess we don't need to re-iterate the advantages of putting a commercial up there during the Super Bowl, so long as you can afford it of course. This year's was only the largest television audience in history with 111 million viewers. But still, I would share a quote from John Rash, Senior Vice President and Director of Media Negotiations with Campbell Mithun, a media buying firm based in Minneapolis: "The Super Bowl is one of the few, if only, times of the year that viewers anticipate, look forward to and pay complete attention to commercials. It's a one day reprieve from the challenges faced by broadcasters and advertisers."

-But how long will all these last?

You may already think FiG's late talking about it, and it's only two days after the game!

-How many commercials do you still remember?

-Do you remember the Groupon's Tibet commercial because you feel it was intentionally offensive?

FiG's word of warning:  Marketers should never forget that what seems funny to them may not seem funny to other people.

-Were you disappointed about the VW Darth Vader ad, as it was "leaked" before the Super Bowl?

The truth is the idea of leaking VW's ad a week before on its website, actually paid off and the ad went viral, gaining about 12 million views by Sunday. By allowing momentum to build, the Volkswagen commercial became the most talked about ad on Twitter, beloved by fans and followers well before kick-off.

The Super Bowl brings in the broadest possible audience of any TV event, but the broadcast isn't the end of a commercial. A smart social media message keeps some ads alive longer than others. Creating a strong feeling or emotion will stay with people far longer than the end of the game. And... if you really don't like the commercials, then take your bathroom breaks more strategically.

More in this category: « How To Measure Advertising Success Tracking & Measuring ROI »
back to top