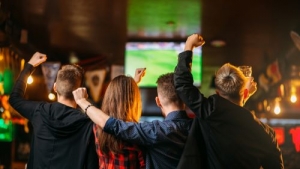 As Super Bowl retail spending grew from 14.8 billion to 17.2 billion from last year, all eyes were on Super Bowl LIV for some noteworthy and creative advertisements. The game was impressive, but the ads were the real stars of the show. As one of Denver’s top advertising agencies, we wanted to recap the worst and the best Super Bowl commercials of 2020.

The Worst And The Best Super Bowl Commercials Of 2020

Let’s start off with some of the more memorable ads of the night.

Among the best Super Bowl commercials of 2020, Google’s “Loretta” touched our hearts the most.This 90-second ad highlighted the convenience and ease of Google’s “Remember” element. It was a simple way to make a tech feature suddenly appeal to us all. The ad begins as an elderly man recounts his memories of his late wife, from their trips to Alaska to her displeasure with his moustache. The ad is cute, it’s sweet, and it may be a little sappy, but it still gets the point across.

Though the spot is quite the tear-jerker, it doesn’t stray from the product and brand as we finish it knowing who this ad was for. At the end of the day, an advertisement’s purpose is to raise awareness to a product or brand, so when ads leave us wondering who it was for, they have essentially failed their task. Overall, Google striked a brilliant balance between establishing an emotional appeal (pathos) while still advertising their product. We give this ad 5 stars, making it our favorite ad of the night.

According to the ancient Greeks, there are 4 types of love, and this ad tackled them all. There’s philia (friendship), storge (familial love), eros (romantic love), and agape (love as an action). In just 60 seconds, we are overcome with all of the different types of love -- from the love for a significant other to the nursing of a sick family member. The insurance company, New York Life, is seemingly there at every step of these journeys, and at every step of love. Just like the 4 types of love, we give this ad 4 stars, making it one of best Super Bowl commercials of 2020.

Space, comedy, and Bill Nye: need we say more? In all seriousness, this ad was hilarious while still being on-brand and relatable to the product, a surprisingly difficult task to achieve. By capitalizing on pop culture while still highlighting the product and brand in question, this ad becomes one of the best Super Bowl commercials of 2020. An ad can be innovative, comedic, and impactful on-screen, but it can fall flat if we fail to recognize the brand behind the messaging. SodaStream even goes the extra mile to give back and highlight their duty to reduce plastic and the need to eliminate waste. From start to finish, this ad made sure to keep the SodaStream top-in-mind in between laughs. It deserves a 5-star rating.

This was a close call, but we ultimately decided to give “Smaht Pahk” an honorable mention. The ad features notable Bostonians like Chris Evans from “Captain America,” John Krasinski of “The Office,” “Saturday Night Live” star Rachel Dratch, and former baseball player David Ortiz. Hyundai’s “Smaht Pahk” hits it out of the park. By leveraging a great product feature (self-parking capabilities) and the comedic wits of popular personalities, this ad is nothing short of “smaht”. We give this ad a wicked 4.5 star rating.

The Best Ad That Communicated Something Greater - Microsoft, “Be the One”

Katie Sowers, an assistant offensive coach for the San Francisco 49ers and the first female to coach in a Super Bowl, had always dreamed of coaching football. However, as a woman, there weren't a lot of role models to look up to in the male-dominated game. This spot highlights the fact that there only needs to be one; and that “one” can pave the way for girls and young women across the country. The “Be the One'' ad managed to motivate and inspire, without coming across as a leap for Microsoft. This spot is simultaneously on-brand and delivers a greater message. We applaud Microsoft for this powerful ad and we’re definitely ranking it as one of the best Super Bowl commercials of 2020. Well done, Microsoft. You guys deserve a 5-star rating.

Hopefully you remember the women’s spacesuit drama in spring of 2019. If you haven’t heard, NASA scrapped the first all-female spacewalk due to a lack of “spacesuit availability.” That basically meant that NASA did not have enough space suits in the astronauts’ sizes. After the warranted backlash, it is said that Olay used the “space suit technicalities” to inspire this ad. The spot starts with Lilly Singh, Busy Phillips, and real-life astronaut Nicole Stott, blasting off to their space expedition. Once in orbit, they soon realize that there is, indeed, space for women in space - a slight nod to the NASA drama. What Olay did next, however, was not as predictable.

Olay took the time to raise awareness to a related cause: Girls Who Code. This non-profit organization is focused on connecting young women to the STEM and computer science fields. By using the hashtag #MakeSpaceForWomen, consumers could increase Olay’s donation to raise up to $500,000 for Girls Who Code. Though Olay did not push their products, we still recognize it as an Olay ad that also advocates for something greater. At FiG Advertising + Marketing, a majority of our coders, marketers, and digital experts are female. For this reason, we especially love this ad and can appreciate the message even more. We believe it definitely ranks as one of the best Super Bowl commercials of 2020, as we give this ad 4.5 stars.

Ads That Missed The Mark - Verizon, "The Amazing Things 5G Won't Do"

The general public was not a fan of this ad from Verizon. Though we can respect the intent to raise awareness for first respondents, the execution surely lacked. The 60-second spot starts off by acknowledging the bravery and dedication of emergency responders, and how 5G is a prominent factor in their assistance. It was, however, hard to hear the commemorations over the loud advertising for 5G cellular service. At every turn, Verizon is sure to point us toward the benefits of 5G. It is important to make the brand known in an ad, but this is one of those times where a product should have taken a back-seat to the valuable message. With all of these things considered, we give this ad 2 stars.

So, Mr. Peanut didn’t die? Or did he? We are still a little confused. For weeks now, the death of Planter’s beloved mascot, Mr. Peanut, has been teased throughout television and social media. After what seemed like weeks teasing up to this moment, Mr. Peanut was “resurrected” into Baby Nut during the Super Bowl. If you ask us, this ad reveal seemed pretty anti-climatic. Not to mention, we’re still unsure of what exactly went on. What exactly was wrong with the old mascot? Was a rebrand really in order? We give the spot an A for creativity, but the lackadaisical execution receives 2.5 stars. Sorry, Baby Nut.

Upgrade Your Advertising Strategies In 2020

We hope that you can take away some key insights from our analysis of the worst and the best Super Bowl commercials of 2020. We know that creating an advertisement is never easy, so why not leave it to the professionals? At FiG Advertising + Marketing, we are well-versed in everything advertising, so you don’t have to be!

Contact us today to learn how our expert advertising services can take your business to the next level.

More in this category: « The Ads Of 2019: What We Learned As A Denver Media Buyer
back to top