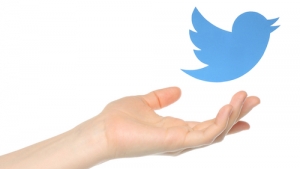 Ten years ago, Twitter revolutionized the social media game and today they have over 1 billion registered users. Twitter recently launched some features that have the Twittersphere buzzing. Here we explain the changes, why they matter and what you can gain from these changes.

Visuals such as photos, videos and Gifs have grown exponentially in popularity by Twitter users. In the old version, Tweets that included visuals truncated the already limited 140-character allowance. Twitter responded to the shift to visual Tweets by boosting the character limit to 10,000 characters and effectively conceding to blogging instead of micro-blogging.

Twitter is aiming to get users to remain within the walls of Twitter. Before the expansion, Tweets sent users to external links that were not limited to the 140-character count.

Twitter devotion derives from clever brevity necessitated by the 140-character limit. Users have even been posting dramatic hashtags such as "RIPTwitter" in retaliation of Twitter's character limit adjustment. Users claim the change is defeating the purpose of the social media beast. Other Twitter users are rejoicing that they can post a visual without losing any characters.

With our shortened attention span, brevity wins and always will. It is perfectly fine to mix up the length of your Tweets now that you have that ability. But to grab users' attention, short Tweets have proven to be more effective. Images and other visuals make thumb scrollers hesitate, so take advantage of this to step up your visual Tweets.

Twitter differentiated itself from the other platforms using a reverse-chronological feed. The new algorithm mimics Facebook’s newsfeed. It curates content from paid advertisers, contacts you interact with regularly, and subjects you have shown an interest in. The feed isn’t being changed entirely, but when Twitter users open their account, they see a "While you were gone" feature. This feature was launched last year to hone in on Tweets that people are more likely to engage with. Once the Twitter user is finished getting caught up their "While you were gone," they can refresh the feed and return to the traditional, reverse-chronological feed.

Rather than sifting through loads of information, users scroll through preferred information based on their activity history. The feed has been due for evolution being a live-feed, but some feel it is again, departing from the original value of Twitter. Some also argue that conversations can get confusing by being torn apart by individual popularity. It does give an option for users to turn off this feature through their settings. Marketers aren’t kicking and screaming with this change since their ads are pushed up in the feed.

This algorithm extends the life of Tweets from a more engaged audience rewarding your strategic decision making. Each of your Tweets should be a landing page opportunity. Posting rubbish won't give your account any engagement, therefore not populating the top of your audiences' feed. Feed your followers what they want and they will be coming back for more.

These shifts at Twitter call for aggressive strategy and preparation to stay relevant and deliver results. Need help with Social Media management? Contact us today to help establish your brand's social media presence.

More in this category: « New Client Announcement: Teleo Remodeling Advertisement of the Month: Gatorade’s Never Lose the Love »
back to top