Ad of the Month: Clash of Clans Super Bowl Spot 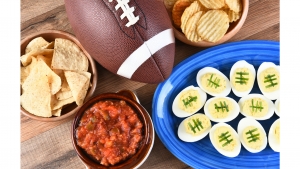 We could easily post every commercial that ran during this year’s Super Bowl and give a nod to each of their glory, but since we always do an “Ad of the Month”, we’ll stick to just one

— An ad we feel is superb but may not necessarily get voted as the best Super Bowl ad of all time – an underdog, if you will.

We think the commercial from the Clash of Clans game was clearly the underdog during the Superbowl. Game weekend was packed with celebrities, but Neeson’s performance in such a crazy setting really stood out amongst them – even when he shows his less serious side, it’s still as serious as a terrorist attack.

Liam was just a good choice, period. The amount of organic viral marketing Liam’s character received over the past year via social networking and comedy news platforms was immense to say the least. With funny videos, gifs, and general memes being a dominant part of the teen to mid-30’s+ culture, and with Liam dominating this over the past year, we think it was a smart play on Clash of Clans' part to use Neeson in this spot — a reference that most people would get, and one that would appeal to Clash of Clans’ target demographic. Hats off to whatever agency put this one together!

If you missed all of the other Super Bowl commercials, you can watch them here.

More in this category: « Social Media Generation Gap? Ad of the Month: Samsung & Duyan Eller »
back to top