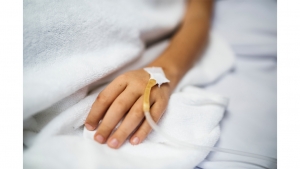 Children battling cancer are already viewed as superheros in many eyes, and worldwide ad agency JWT is helping them to see this for themselves by rebranding chemotherapy as a superformula.

JWT Brazil has two very special clients who have come together in a three way collaboration to create a new, more positive experience for these kids, hitting a home run with branding and marketing along the way.

Clients, Warner Bros. and the A.C. Camargo Cancer Center of Sao Paulo, joined together with JWT Brazil to create a super-powered cure for kids with cancer. Working in collaboration with doctors, the team developed superhero covers for intravenous bags used during chemotherapy, each cover representing a character from D.C. Comics Justice League. The idea behind the covers is to help the children overcome the pain, problems and fear that comes with their experience. The covers are meant to facilitate learning about the treatment and ideally to be less frightened of chemotherapy. Instead of fearing the treatment, the kids can see it as getting their "powers", or health, back from their 'Superformula'.

Warner Bros. even produced special comic books for the children where they can see Batman, Superman, Wonder Woman and more going through similar experiences and regaining their powers through their 'Superformula', just like the kids have in their covered bags.

To top the whole thing off, the hospital's hallways and doors were decked out in the same super hero theme and the game room was transformed into a Hall of Justice, requiring a special access for the kids to enter.

This collaboration has definitely yielded an outstanding and hard to beat brand campaign.  Check out a the video below for a look at the campaign.