The Best Superbowl Commercials of 2018 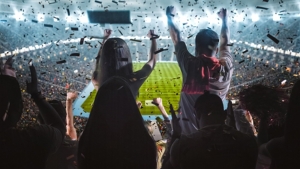 Sunday marked one of the biggest days in advertising as the Philadelphia Eagles took on the New England Patriots in the Superbowl LII. Creative teams from across the country brought out the clever, the altruistic, the downright hilarious and the utterly bizarre in an attempt to make their brand the most iconic of the night in 60 seconds or less.

The strategy for effective Superbowl commercials changes every year, but there is no denying that some brands spend their $5 million budgets better than others. We're looking at the best of the best commercials for Superbowl LII.

Nationwide panic sets in when Alexa, Amazon's voice-activated assistant loses her voice. The team uses back up voices to supplement the lost Alexa, including personalities like Gordon Ramsey, Cardi B, Rebel Wilson, and Jeff Bezos, who ultimately prove to be unhelpful at best and insulting at worst. Alexa's voice returns, letting her second stringers know that she'll take it from here. We give this Superbowl commercial two thumbs up for both humor and effective selling of the voice-activated product.

The NFL pokes fun at itself with the Dirty Dancing spoof featuring Eli Manning and Odell Beckham Jr. The 60-second spot nods to the loosened restrictions on touchdown celebrations and successfully portrays the feel-good environment that the NFL has severely lacked this season. This spot offers a positive ending note for the final game of the season.

Commonly recognized by the foul-smelling environments that typically make up their ads, Febreeze pulls a 180 with the #BleepDontStink campaign. The interview-style 30-second Superbowl commercial features Dave as the main character. His parents, coaches, and school janitors sing his praises because his “bleep” doesn't stink. The spot ends with text saying that Dave won't be at your Superbowl party, but everyone else will, asking viewers if their bathroom is ready? This spot is uniquely relate-able without being too average. We'd call this twist in Febreeze's regular communication a home run.

Hollywood favorites Peter Dinklage and Morgan Freeman come together for the rap battle of the ages in this Doritos/Mountain Dew Superbowl commercial. Dinklage fearlessly braves a burning room as he lip-syncs to Busta Rhymes verse of the 2012 hit Look At Me Now. Contrast this scene with Freeman strutting down a frozen aisle to Missy Elliot's famed Get Your Freak On. The seamless transition between Doritos' new spicy hot flavor and Mountain Dew's new lemon-lime thirst quencher is a win for both products and provides a good laugh to boot.

E-Trade This Is Getting Old

E-Trade shares the cold, hard truth that over one-third of Americans have no retirement savings. The 65+ crowd is depicted in workplace settings that are much more commonly associated with a younger workforce. From lifeguards to deejays to firefighters, the 30-second spot follows the catchy tune of the Banana Boat Song with a slight change in lyrics - “I'm eighty-five and I want to go home.” At the very least, this Superbowl commercial got us smiling and hopefully convinced some youngsters to open a retirement savings account.

Quicken Loans rolled out one of the most relate-able spots of the night with their Translator ad. Featuring haughty hairdressers, pretentious waitresses, Big Sean, and the ever-so-confused online dater, Keegan-Michael Key guides you and me through the unintelligible mess that is our everyday lives. The 60-second spot brings you to a mortgage broker's office where the Rocket Mortgage app makes sense the loan process. In a word – genius.

One of the many Jeep ads that was featured in this year's Superbowl, the Jurassic spot appeals to crowds of all ages as Jeff Goldblum test-drives the 2018 Wrangler through Jurassic Park with a T-Rex on his heels. The spot ends in the showroom where a car saleswoman asks if Goldblum would like to take a test drive, to which he responds “I just did.” The daydream does an excellent job of illustrating Jeep's tough persona with ultra-outdoorsy capabilities in a creative, standout way.

With a number of iconic Australia references, Droga5 had their work cut out for them. The scene is set as the preview for a film, hilariously capturing the state of Hollywood's creative. After featuring some of Australia's sites, Dundee discovers that he is actually in a commercial for tourism in Australia. Droga5 definitely thought outside the box with this tourism ad.

While the commercial that aired during the Superbowl was not the live footage Hyundai originally had planned for, the Hope Detector commercial tugged at the heartstrings all the same. As guests arrived for the Superbowl, metal detectors captured Hyundai owners and introduced them to those affected by childhood cancer. Hope “comes standard” on every Hyundai, with a portion of proceeds benefiting pediatric cancer research. This commercial did a great job of capturing Hyundai's philanthropic efforts in a natural way.

In two spots promoting Verizon, the brand urges the public to thank first responders. The longer of the two spots features voice-overs recorded from calls made by survivors to the men and women who saved them from disasters. The authenticity cannot be missed and does an excellent job of forging connections between Verizon and their consumers.

It's A Tide Ad

One of the many brands that Saatchi and Saatchi represented in this years Superbowl, Tide was hands down our favorite. In four increasingly funny spots, the brand pokes fun at the stereotypical, overdone ads we see on TV these days. Each spoofs calls in to question whether you are watching an ad for personal products, cleaning supplies, or pharmaceuticals or if you are actually watching a Tide ad. With clothes so clean, it couldn't possibly be anything else. With this campaign, every Superbowl commercial became a Tide ad.

If you missed one of our favorite ads, or just want to catch them all again, you can see all of the Superbowl commercials here.

Let us know which Superbowl commercial was your favorite. If you're interested in developing a television spot or another type of strategic communication to represent your brand, contact FiG Advertising + Marketing today.

More in this category: « Taco Bell Offers The Keys To A Secret Society Search Engine Marketing Proves Lucrative For Travel Industry »
back to top