Examining The Ethical Requirements For An Ad Agency In Denver 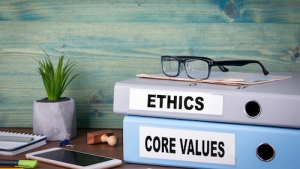 When is an advertisement unethical? What does it look like? How should the company be held accountable? It’s tricky to talk about ethics in the modern corporate world. As the ethical nature of a few advertising and marketing tactics are being called into question, we wanted to reflect on the best ethical practices that make an ad agency credible, respectable, and admired.

What Ethical Standards Do Reputable Ad Agencies In Denver Adhere To?

Every advertising agency has a responsibility to adhere to the laws and standards set in place by the Federal Trade Commission (FTC). To combat deceptive advertisements and protect the consumer, the FTC enforces “truth-in-advertising” laws, which follow a general standard:

“When consumers see or hear an advertisement, whether it’s on the Internet, radio or television, or anywhere else, federal law says that ad must be truthful, not misleading, and, when appropriate, backed by scientific evidence.”

This means that while ads can be fantastical, creative, and innovative, they cannot intentionally deceive consumers into purchasing their product. While most truth-in-advertising laws may seem straightforward, national organizations like the Institute of Advertising Ethics (IAE) at the American Advertising Federation (AAF) have published their own ethical principles on advertising, which echo the laws of the FTC. In addition, the media organizations that advertisers work with can set their own ethical standards that advertising agencies need to adhere to.

These principles and best practices are in place to protect the consumer from fraud and deception in the marketplace. Trust is the foundation of any good relationship, and without trust the consumer-advertiser relationship crumbles.

What Led To Laws Designed Specifically For Advertising Agencies?

Before 1900, fraudulent advertising was everywhere. Advertisements could claim whatever they wanted and, initially, consumers had no reason not to trust them. It’s difficult to say exactly when the “trust-in-advertising” movement took shape, however there are a few of the more notable acts throughout the 20th century that contributed to the movement in the United States:

As the years went on the number of new measures taken to protect consumers only increased, especially in the last few decades. Today, an advertising agency in Denver, or anywhere for that matter, has far more ethical regulations to squeeze through than one would 50 years ago.

What Happens When An Ad Agency Disregards Ethical Practices?

It’s not a very common occurrence, as any reputable advertising agency in Denver will tell you. Truth-in-advertising laws create a level playing field not just for consumers, but for advertisers as well. Each ad agency understands the risks of breaching these rules, so unethical advertising, as determined by these laws, is rare. However, every once in a while lawsuits are brought against brands and advertisers for violating these regulations.

Let's examine a recent case from late May: the sportswear company, The North Face, and their advertising agency, Leo Burnett Tailor Made, began a marketing campaign that entailed updating the imagery on Wikipedia pages of popular outdoors destinations to include pictures of athletes, at those locations, wearing North Face products. These marketing efforts attempted to improve the search engine rankings of North Face, but the campaign unfortunately backfired.

Wikipedia editors and consumers were quick to spot the stunt and even quicker to become outraged. Wikipedia said the publicity stunt breached their Terms of Use for undisclosed paid advocacy and saw it as an “unethical manipulation” of their platform. Wikipedia is built on user-generated content, so it’s not entirely clear if the effort violated FTC regulations. However, it did violate the terms and conditions laid out by Wikipedia itself.

Unfortunately, what may have been an entirely innocent effort to improve brand awareness has led to backlash in the eyes of consumers. Editors have also added this “scandal” to the controversies section of The North Face’s Wikipedia listing. Many consumers are calling for more severe punishments to be imposed on North Face and their ad agency.

Consumers are upset because they feel deceived, so how the brand and advertising agency choose to handle long-term recovery from the incident will be paramount to reinstating trust.

The Cornerstone Of Ethics In Advertising

Cigarettes have been at the center of many debates regarding ethical advertising practices. As more and more research supports the dangers of cigarette smoking, promoting these brands has become the crux of many an advertising agency.

For instance, let’s examine the current debate surrounding Juul, the Silicon Valley e-cigarette startup. Juul advertises their e-cigarettes as a healthy way to quit cigarettes, but their “health” claims do not have a strictly scientific basis. At the end of the day, no e-cigarette has been approved by the FDA to help smokers quit. And while their official website states that the company wants “to be part of the solution to end combustible smoking,” many entities would argue they’re not very different from big tobacco.

In fact, a Stanford white paper examined Juul’s marketing efforts from 2015 to 2018 and found thousands of social media posts, emails, and advertisements to be “patently youth-oriented.” The study also concluded that the content had striking similarities to the antiquated advertising efforts of the tobacco industry. Other organizations have come to similar conclusions and even North Carolina’s attorney general is suing Juul over “unfair and deceptive” marketing practices, claiming they specifically target underage teens.

Even though Juul claims their product is for adult smokers only and that their goal is not to create a new generation of smokers, they’re marketing efforts suggest otherwise. This debate begs a similar question as the one that surrounded the Federal Cigarette Labeling and Advertising Act mentioned earlier:

Is it ethical for an ad agency to advertise these e-cigarettes as an attractive cigarette alternative to underage audiences?

The ethics surrounding the cigarette industry have always been shady and ad agencies have had to continuously adapt their marketing efforts to new regulations over the years. As an advertising agency in Denver, we’ll be eagerly awaiting the results of the North Carolina case.

As a top advertising agency in Denver, FiG is very cognizant and knowledgeable of the laws and regulations that control the advertising industry. If you’re looking for a local advertising agency that adheres to the highest ethical orders, contact our team today to schedule a meeting and learn more about developing an effective, respectable campaign.