Is the Term “Social Media” Outdated? 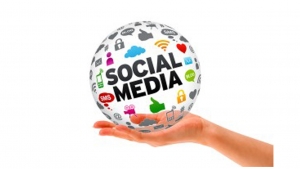 Have you ever stopped to really scrutinize the phrase “social media?" We've been using the terminology for years (coined in the 1990s at AOL according to Forbes), but think about how much the meaning of it back then has changed with the use of social platforms throughout the years.

Sure, when you break it down to its simplest form, people are still using it the same way – entertainment, communication with friends and gathering information. But, consider how much the social space has evolved over the years – does the term “social media” still encompass all the facets of the online social-sphere? According to Brandon Evans, CEO and owner of Crowdtap – it doesn't. He believes social media strayed from its original meaning and has evolved into a misleading term that confuses customers, and the word “media” implies some type of platform where things can be bought and broadcasted.<?p>

Social platforms may have this capability, but Evans stresses that it's more of a place where people share photos and videos while making plans with friends – among various other things of course. Another reason Evans says the term social media has a negative connotation is because a percentage of the population is opposed to engaging in these platforms. When some people hear that term they associate it with being engulfed by the numerous tools, useless status updates, and loss of privacy. It's true the online social scene has gotten extremely saturated, and one has to wonder what percentage of people have been opting-out because they're becoming overwhelmed.

Evans even goes as far to argue that maybe one of the reasons these people are dismissing these useful tools is because of the negative connotation with the phrase “social media.” He encourages we as marketers consider replacing the expression to “social technology” - a term that stresses the relevance and utility that comes with social platforms. Evans essentially wants people to acknowledge the maturing social landscape and proposes that a simple name modification could make potential users more inclined to opt-in to additional social platforms.

What do you think? Are you seeing the correlation of the phrase “social media” with people becoming disinterested because of reasons mentioned above?

More in this category: « Marketing In A Fluffy Down Economy Google Encrypts Search - What does this mean for SEO? »
back to top