We Can Learn From Obama's Digital Strategy 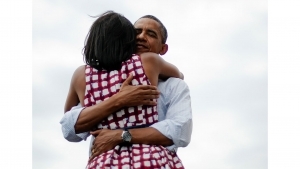 Very few people in the United States were untouched by 2012's Obama-Romney campaign. As a primarily digital person, the overwhelming message that I saw during the campaign was always the Obama brand encouraging us to register to vote. In the end, the Obama register to vote strategy was just one of many successful digital strategies in this campaign.

The Obama-Romney campaign saw data sources being leveraged to find untouched niches of voters and specific email content to reach voter segments. Email as a messaging system was not only leveraged but subject lines and formats were extensively A-B tested and some very surprising winners were produced. An X-box polling tool was used to gain valuable and immediate data and more. These techniques were all used in addition to the extensive “Register to Vote” campaign that was promoted by Obama. Obama, as a brand, was so highly successful in his digital strategy he came away with the most retweeted post of 2012 and the most liked Facebook picture of 2012 which, in both instances, was the iconic photo of he and Mrs. Obama sharing their congratulations with a hug right after the campaign.

As an example of cutting edge marketing, Obama has become a leader. For the rest of us, its strategy, planning and execution. As the gurus of big corporate marketing move into analyzing Obama's success they admit that many bigger corporations would normally benefit from digital strategies that are as comprehensive as those seen in the Obama-Romney campaign. The challenge in this is enormous and 3-fold: data, risk aversion, and budgeting. In tech circles these days data is the hot topic. It's also a refrain that has been heard before in the marketing industry. Data, or more correctly, who owns the data, where is it and what format is it in, has been a thorn in the side of digital marketing for years.

The problems remain the same, how much data can we afford, are we taking a chance with the privacy of our customers, do we have the in-house expertise do make the best use of this data, can we integrate it into our primary reporting system and more. But of even greater importance is, can we afford not to make the best use of this data? Can we afford not to is where it gets a bit sticky. When you try to project the value of a new technology marketing campaign you often lack the historical data needed for an accurate projection. When you factor in your customers' acceptance level of the technology involved, many potentially valuable campaigns are shelved as being too risky. If risk is not built into your marketing budget and planning, niches of potentially valuable customers could be lost.

It came out of CES that 2 of the biggest brands are learning to be innovators. Recently Coca Cola set aside 20% of its marketing budget for cutting edge campaigns and 10% for the “crazy stuff” like partnering with new startups. Proctor & Gamble is following in the election's footsteps and is planning on using the Xbox polling tool which essentially provides a real-time focus group with more than 2 million respondents. To be as successful with your digital strategy as Mr. Obama was its clear that marketing plans and corporate culture need to expand and begin to embrace the new and experimental as well.


Does your company include bleeding edge technology in their marketing? If not, give FiG a call and find out how we can help.

More in this category: « Marketing In A Fluffy Down Economy Is the Term “Social Media” Outdated? »
back to top