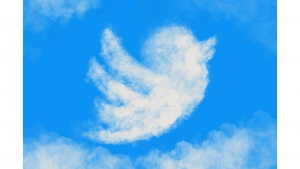 Twitter has finally caught up to Facebook and Google+ by introducing their new branded pages late last week. These updates allow companies to better manage their online campaigns. Currently only 21 companies have access to the new feature, but Twitter will be going public with this in the coming months. The new Twitter gives marketers more control over their company's brand page and addresses one of the major drawbacks of marketing on Twitter, impermanence.

If you were to visit Disney's site before the upgrade, you would probably see them responding to fans in their latest tweets. This does not provide the best opportunity for them to promote an upcoming movie like they can on Facebook. But the new Twitter empowers these companies to make changes they previously couldn't. The biggest difference is the Brand's ability to control the order of their tweets, videos, and pictures on their site. Although it seems like a simple update, this creates serious marketing benefits over the original system. Disney can now keep a trailer for their new movie in that valuable top spot rather than having it disappear as they tweet. This ensures that their most recent promotion stays in the spotlight for as long as they want to keep the conversation going.

This also works in conjunction with Twitter's current advertising opportunities. Companies can pay for a promoted tweet that entices fans to revert back to their brand page. The brand page can then display the other half of the promotion without it being lost in the time-line. Marketing campaigns have more potential and increased visibility with this new format which leads to an increase in followers and greater brand awareness. Twitter is aiming to do more than just facilitating conversation between companies and their consumers. They look to play a bigger role in developing buzz for various Twitter handlers by offering their new branded pages for free. This provides an opportunity for more companies to cash in these new benefits while giving Twitter increased advertising potential down the road. A win-win situation like this makes you wonder what took them so long to get here.