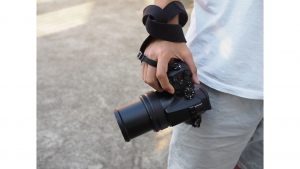 With the dominating presence of social networking sites such as Facebook and Twitter, many people are struggling to keep incriminating photos offline. At least that's what Del Norte Brewing Company is banking on with their recent promotion.

Their newest 60 second spot sports a beer cooler with the ability to block out photos as they are being taken. This nifty little device recognizes the flash on a camera and puts out one of its own to completely ruin any chance of a Kodak moment. Yes, these are real coolers and were distributed in bars throughout Northern Argentina.

Del Norte Brewing is looking to gain headway with a younger, club-going demographic in their new ad. They decide to play it smart by feeding off of this group's social media anxiety. This promotion and associated video takes a relevant problem and offers a creative solution that will resonate amongst their target audience. They offer the true benefit of “what happens in the club, stays in the club.”

The main reason this is such an effective ad starts with Norte's ability to know their audience. This is the most important piece of the puzzle, and they do a great job of understanding who they want to reach. Once you know your segment, you need to find some common ground that will generate a similar response or reaction from your group. Social Media was the perfect common ground that Norte could exploit in their ad. After reaching this point, they were able to have a little fun with it to generate conversation around their brand.

Whether or not the cooler is a feasible product doesn't even matter. Coors Light has been adding elements to their can for years that don't seem to do much of anything. Think of the “Frost Brewed Liner” or the mountains turning blue to let you know that your beer is cold. Do we really need a can to tell us when our beer is cold? Probably not, but these type of promotions make us feel like we're using a new product.

The Photoblocking Cooler may only hold one beer, but it has a novelty effect that makes us feel like we're experiencing something new and cool. It gets people talking about the product who wouldn't have been talking otherwise. Norte was able to hit their mark with this ad and get noticed in an overcrowded marketplace.

Does your product or service need an interesting and promotional product marketing to reach your target audience? FiG is here to help.

More in this category: « Strategy Behind Dish's Blockbuster Buy Out Ad of the Month - Wimpy Braille Burger - Word of Mouth Marketing »
back to top